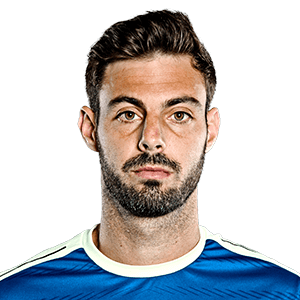 2005 - Two Futures titles from six finals for the place in the top-300. Seven Challenger wins

2006 - ATP debut in Barcelona, losing to Andy Murray in three sets. Wimbledon debut as a qualifier and the place in the top-200 in September. The first Challenger title in Barcelona and two more finals. One Futures title

2008 - A breakthrough run with 15 ATP wins and the maiden title in Houston. One Challenger crown from two finals for the place in the top-60 at the end of the year

2009 - 16 ATP wins and another year-end top-100 season. The semi-final in Chennai and one Challenger final

2010 - Another rock solid season with 21 ATP wins and the place in the top-50 for the first time. Marcel lost in the final of Valencia to David Ferrer and he played in another semi-final in Bucharest, backed by one Challenger title from three finals

2011 - After a poor start of the season, Marcel managed to win two ATP titles in Gstaad and Valencia, winning 27 matches on the Tour and cracking the top-30 for the first time

2012 - 23 ATP wins that kept him inside the top-35. Granollers played in the fourth round at Roland Garros and in the final of Umag, reaching three more quarter-finals by the end of the year

2013 - The fourth consecutive top-45 season after 27 wins and the title in Kitzbuhel. He also reached the last 16 at the US Open and the quarter-final in Sydney, Rome and Gstaad

2014 - Yet another top-50 year after 19 wins, playing in the semi-final of Chennai and the final in Casablanca, entering the last 16 in Paris as well

2016 - 21 ATP wins and Challenger title in Irving for the top-40 return. Marcel was the quarter-finalist in Monte CarloIstanbul, Los Cabos and Basel and he played in the last 16 at Roland Garros

Jamie Murray: 'I could not touch Rafael Nadal's serve'

Rafael Nadal wins it all when Spain need him, says Leonardo Mayer

Rafael Nadal was special already as a kid, says Granollers

Rafael Nadal would be world No. 1 in doubles if he played, says captain

Robert Farah: Winning US Open on Arthur Ashe Stadium was my biggest dream