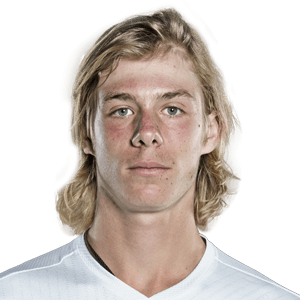 2011 - Evgeny cracked the top-200 in February after the first Challenger title in Casablanca. He scored 25 Challenger finals, playing in another final in Braunschweig. One Futures title in Spain

2013 - 13 ATP wins and the third round run at the Australian Open and the US Open. Quarter-final in s-Hertogenbosch and 10 Challenger wins

2015 - Six ATP wins and the semi-final at home in Moscow. Four Challenger finals and the title in Segovia

2016 - Seven ATP wins from 27 matches, not enough to stay in the top-100. Two Challenger titles and the third round at Rio Olympics

2017 - Five ATP wins, including one over Roger Federer in Dubai after saving three match points, and the place in the top-75 in the year-end ranking. Two Challenger titles from three finals

2018 - 14 ATP wins and almost the entire season spent in the top-100. Quarter-final run in Delray Beach, Dubai and Umag

Donskoy's coach opens up on talk with Roger Federer in Miami

'Rafael Nadal, Sascha Zverev may not be interested to new Davis Cup format'