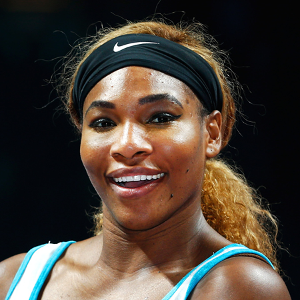 Serena Williams has the most Grand Slam singles titles in the Open Era. At 2017 Australian Open, she became the oldest woman to win a major in the Open Era. She was also the oldest to have held the No.1 in WTA history and had the longest winning span between majors of any woman Open Era at 15 years and 10 months between 1999 US Open and 2015 Wimbledon (Evert, Navratilova, and Graf had 12-year spans). In 2015 In 2015, she came within two matches of becoming the third woman to complete the calendar year Grand Slam after Court (1970) and Graf (1988). She won the Australian Open (d.Sharapova in F), Roland Garros (d. Safarova in F) and Wimbledon (d. Muguruza in F), lost to Vinci in the semifinals at US Open. However, she was twice in possession all four majors for a “Serena Slam” (2002 Roland Garros to 2003 Australian Open and 2014 US Open to 2015 Wimbledon). Serena posted a fifth consecutive Top 3 season in 2016, No.2 finish coming after three consecutive years at No.1 (2013-15). That year, she celebrated her 750th match win and was the only player to reach semifinals or better at all four Grand Slams.

In 2018, she partnered her sister in doubles rubber during Team USA’s Fed Cup win over the Netherlands (l. Kerkhove/Schuurs). She made her return to tour as a mother at Indian Wells, falling to Venus in the third round, having defeated Diyas and Bertens in straight sets. She then lost to Osaka in the first round in Miami and came back on court only at Roland Garros. In Paris, she posted her first Top 20 wins since her return to the tour, over No.17 Barty and No.11 Goerges, so she advanced to the round 16 but withdrew prior to the match against Sharapova with a right pectoral muscle tear.

She reached her 30th Grand Slam final at Wimbledon (l. Kerber), failing in her bid for the eighth Wimbledon crown. Serena was making the 18th main draw appearance at All England Club: among active players, only Venus has played Wimbledon more often (21).

She lost 6-1 6-0 to Konta in the first round in San Jose, suffering the heaviest defeat of her career: it was the only occasion she has failed to win more than one game in a match, and the first she lost a set-to-love since 2014 WTA Finals (l. 6-0 6-2 to Halep).

She entered the Us Open off the back of a second-round exit in Cincinnati (l.Kvitova). She progressed to the 31st major final beating Linette, Witthoeft, Venus Williams, Kanepi, Karolina Pliskova in her 173rd career Top 10 win, and Sevastova, dropping only one set. Her six wins this fortnight took her record at US Open to 95-11, the most wins among active players and second-most in the Open Era behind Chris Evert (101-12) and ahead of Martina Navratilova (89-17). She improved her record across the Grand Slams at 331-44, the most wins in Open Era, ahead of Martina Navratilova (306). Bidding to tie Australia’s Margaret Court on 24 Grand Slam singles titles, the all-time record, she lost to Naomi Osaka.

Serena Williams is the first star confirmed for US Open 2020

Serena Williams may skip the US Open!

Mouratoglou: Serena Williams is still as motivated as before to win more Grand Slams

Serena Williams is the best antidote against racism

Serena Williams: I've had to deal with a lot of inequality and with racism