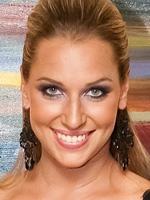 Dominika Cibulkova broke into the Top 20 on August 4, 2008. That year she reached her maiden two finals, finishing as runner-up in Amelia Island (l. to Sharapova in final) and Montréal (l. to Safina in final). In 2009 she advanced to the semifinals at Roland Garros (l. eventual R‐Up Safina), her best result in Paris. In 2011 Cibulkova won her first title in Moscow (d. Kanepi in final) and lost a further final in Linz (l. to Kvitova). She won at least a title a year during the next three season, lifting up the trophy at 2012 Carlsbad, 2013 Stanford, 2014 Acapulco.

In 2014 Cibulkova achieved her best result across the majors, the runner‐up finish at Australian Open (l. Li). She defeated four seeds en route to the final at Melbourne Park, including No.3 Sharapova and No.5 A.Radwanska to become first player representing Slovakia (male or female) to reach a Grand Slam singles final.

In 2015 she missed four months between February and June with left Achilles injury an reached a couple of semifinals but no title-matches. Cibulkova won a WTA‐leading four singles titles in Katowice (d. Giorgi in F), Eastbourne (d. Ka.Pliskova in F), Linz (d. Golubic in F) before capturing her biggest title at WTA Finals in Singapore. She went 1‐2 in group stage before defeating No.9 Kuznetsova in the semifinal and World No.1 Kerber in the final. At No.7, she became the lowest seeded player to triumph at WTA Finals since No.7 seed V.Williams in 2008 and the first player to win the tournament on debut since Kvitova in 2011. She posted her first top 10 season after her ranking became that February and won the 2016 WTA Comeback Player of the Year award.

In 2016 she also reached finals at Acapulco (l. Stephens), Madrid (l. Halep) and Wuhan (l. Kvitova) and the quarter-finals at Wimbledon, days before marrying husband Michal ‘Miso’ Navara in Bratislava.

She reached the quarterfinals in the first tournament of the season at Sydney, defeating No.15 Sevastova and No.17 Vesnina to score her first Top 20 wins since defeating
No.20 Pavlyuchenkova at 2017 New Haven. She suffered a first-round loss at Australian Open and was runner-up in Budapest (as top seed, l. Van Uytvanck) before heading to the US where she had to retire from Miami.

The highlight on clay was reaching second the WTA singles final of 2018 in Strasbourg: she lost to Pavlyuchenkova despite holding 2 match points after 3h 35m, in the longest non-Slam match of the 2018 season. The clay swing ended with a first-round exit at Roland Garros (l. Goerges).

She was unseeded at Wimbledon, but her quarterfinal effort (l. Ostapenko) brought a return to the Top 30 and her reinstatement as Slovak No.1, ahead of Rybarikova. At US Open, she reached the fourth round for the second time (l. Keys) and scored her first Top 10 win of the season against No.4 Kerber in the third-round. Having made the quarterfinals at Wimbledon, she reached the round-16 or better at two consecutive Slams for the first time since 2009 (Australian Open round-16 and Roland Garros semifinals).

She finished the season with quarterfinals run in Wuhan, where she upset Halep to claim her fifth victory over a reigning No.1 before losing to Sabalenka, an Beijing where she reached that stage for the second time losing to Sevastova.

Dominika Cibulkova Opens Her Own Academy in Bratislava