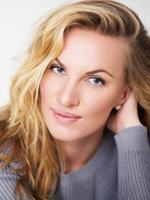 She is a two‐time Grand Slam champion, winning at 2004 US Open (d. Dementieva in F) and 2009 Roland Garros, when she defeated No.2 Serena Williams in the quarter-finals and No.1 Safina in the title-match, becoming the most recent of the nine players to defeat the World No.1 and No.2 at the same Grand Slam.

She was also a two‐time Grand Slam finalist, at Roland Garros in 2006 and 2007 US Open (losing both times to Henin).

At 2011 Australian Open, played her part in setting the record for the longest women's match at a Slam, eventually succumbing to Schiavone in 4 hours and 44 minutes.

Kuznetsova started her 2017 campaign celebrating her 600th match win (all levels) in Brisbane. She lost in Indian Wells her 40th career final to Vesnina, before reaching the quarter-finals for first time in a decade at Wimbledon (l. eventual champion V.Williams in 2007), where she lost in straight sets to eventual champion Muguruza. At Us Open, Kuznetsova played her 60th Grand Slam main draw (2r exit) and finished the season surpassing $24million in career prize money.

Svetlana Kuznetsova: the level of the WTA Tour has dropped in recent years

Svetlana Kuznetsova Proud of Russia's role during Covid crisis. Here. is why...

Kuznetsova: 'I thought Kim Clijsters was the new director of WTA Finals'