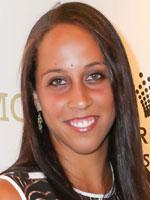 Madison Keys made her WTA debut at 2009 Ponte Vedra Beach, reaching the second round (d. Kudryavtseva, l. Petrova) when she was 14; she was the youngest player to win a WTA main draw match since Martina Hingis in 1994. At 2014 Eastbourne she became youngest American to win a singles title since Vania King in October 2006 (17 years, 254 days, in Bangkok).

She recorded her first Top 20 year-end finish in 2015 (at No.18). Highlights in 2015 included finishing runner-up at Charleston (l. Kerber) and a semifinal run at Australian Open (l. eventual champion S.Williams). Keys, who had never previously passed the third round at a major, became just the third American teenager since 1995 to reach the last four at the Australian Open after Chanda Rubin (1996) and Sloane Stephens (2013).

In 2016 she was one of only four players to reach at least R16 across the Slams (also A.Radwanska, Suárez Navarro and S.Williams). Keys won her second career singles title in Birmingham (d. Strycova in F) and was a finalist on two other occasions, in Rome (l. S.Williams) and Montréal (l. Halep). She became the 118th different player and the first American to make her Top 10 debut since Serena Williams in April, 1999. She finished 2016 by qualifying for WTA Finals Singapore (l. RR) after her breakthrough season.

In 2017 Keys missed the opening two months of this year after undergoing left-wrist surgery during off-season. She captured her third singles title of her career in Stanford (d. Vandeweghe in F). At Us Open, her tenth tournament of the season, Keys lost to Stephens the first all-American final in the tournament history since 2002 (Serena d. Venus).

In 2018, Madison Keys completed her fourth consecutive top-20 season. She reached the fourth Grand Slam quarterfinal of her career at Australian Open (d. No.8 Garcia in the fourth round, l. Kerber), and was one of just two players with Karolina Pliskova to reach the last eight who also reached the quarters at the previous major, 2017 US Open.

She advanced to the semifinals stage in Charleston (l. eventual champion Bertens after holding a match point). Her clay season was highlighted by the semifinals run at Roland Garros (l. Stephens), which followed Rome withdrawal before the round 16 meeting with No.1 Halep due to a rib injury.

She fell at the third round at Wimbledon and advanced to the semifinals at US Open (l. eventual champion Osaka). In her only other appearance in North America, she reached the quarterfinals in Cincinnati (l. Sabalenka). During that run, she upset No.4 Kerber to score sixth Top 5 victory of her career, having earlier beaten No.5 Li (2013 Madrid), No.4 Kvitova (2015 Australian Open), No.4 Muguruza (2016 Rome and 2017 Stanford) and No.4 Svitolina (2017 US Open).

During the Asian swing, she retired with a left knee injury in the second round in Wuhan (l. Kerber) and was forced to give a walkover at the same stage in Beijing with the same injury (l. eventual runner-up Sevastova). At the end of the season, she made her second appearance in Zhuhai. She scored her third top-ten career win over No.10 Kasatkina and reached the semifinal but was forced to give walkover before her clash against Muguruza.

Madison Keys: I want to get out there and compete, even if it is without fans

Kiki Bertens and Julia Goerges set to play Charleston in 2020