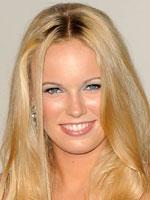 In 2008, Wozniacki posted the first of nine consecutive top 20 seasons as she became the first Dane ever to win a WTA singles title. She made top 10 debut on May 18 2009 and broke into the Top 5 on September 21, shortly after losing the US Open final. Wozniacki, the first Dane male or female to play a major title-match, celebrated in 2010 the first No.1 season, highlighted by WTA-leading six titles and 62 match wins. She held the top spot for 67 weeks and in 2011 she won further six titles and 63 matches, her own record.

In 2012, Wozniacki fell from No.1 to No.11 in first eight months, going 32-18 from January to August, but claimed a top 10 spot in the year-end ranking. In 2014 she gave a breakthrough from the grasscourt season and claimed her second Grand Slam final at Us Open. On August 31, 2015 she lost her top 5 status and ended the season ranked No.17, not finishing inside the top 10 for the first time since 2009. Flag bearer for Denmark at the Rio Olynpics, posted ninth successive Top 20 season in 2016, finishing at No.19, her lowest year‐end ranking since 2007 (No.64). The run to semifinals at Flushing Meadows heralded start of ranking recovery. In subsequent Asian swing, won her 24th and 25th career singles titles at Tokyo [PPO] (d. Osaka in F) and Hong Kong (d. Mladenovic in F).

In 2017 she won two titles from eight finals contested, winning Tokyo [PPO] (d. Pavlyuchenkova in F), and the WTA Finals for the first time in her career. Since winning her first title at 2008 Stockholm, Wozniacki has won at least one title every season. In 2017, she climbed back into the top 5, upset World No.1 Ka.Pliskova en route to Toronto final to score first victory over a current World No.1, and passed pass $25million in prize money leapfrogging Hingis in sixth place on the all‐time list.

In 2018, Wozniacki won three titles from four finals, winning the Australian Open (d. Halep in F), Eastbourne (d. Sabalenka in F) and Beijing (d. Sevastova in F), and finishing runner-up in Auckland (l. Goerges). The Dane reached a 30-24 record in finals, sitting fourth among active players. In Melbourne, she captured her first Grand Slam title and the World No.1, becoming just the fourth player all-time (also, Navratilova, Ivanovic and Azarenka) to simultaneously win her maiden major title and ascend to No.1. She had saved 2 match points in the second round against Fett en route to the title, being one of five women to do so in Melbourne. In Eastbourne, she defeated Konta in the third round to claim her 50th grass court win, becoming just the seventh active player with as many wins on the surface (also Serena Williams, Venus Williams, Sharapova, Agnieszka Radwanska, Kerber and Jankovic). At the Grand Slams, she also made the round 16 at Roland Garros (l. Kasatkina) and reached the second round at Wimbledon (l. Makarova) and US Open (l. Tsurenko).

Wozniacki, who reclaimed the World No.1 ranking for the first time in six years, marking the longest gap between stints at the top spot since the computer rankings were introduced in November 1975, posted semifinals run in Doha (l. eventual champion Kvitova). She also made the quarter-finals in St Petersburg (l. Kasatkina), Istanbul (ret. against eventual champion Parmentier with left abdominal injury) and Rome (l. Kontaveit). She finished the season making the sixth appearance at the WTA Finals, returning in 2018 as defending champion (d. V.Williams in 2017 final). However, she failed to move to the semifinals.

Caroline Wozniacki forced to postpone match against Serena Williams, her final one

Caroline Wozniacki Multitasks without Using her Hands in Quarantine

Caroline Wozniacki: Someone Stole a Puzzle Out of our cart before we even checked out

Maria Sharapova and Caroline Wozniacki At the Oscars

Caroline Wozniacki: I think I hate losing more than I love to win