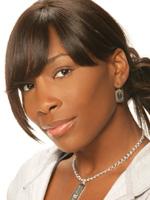 Venus Williams made WTA main draw debut at Oakland (now Stanford) in 1994; as unranked wild card, fell to then‐world No.2 Sánchez Vicario in three sets in the second round. In 1997, her first full season, she lost to Hingis at Us Open the youngest Grand Slam final in Open Era. In 1998 Venus completed the first top 5 season, in 1999 she ended ranked 3rd as she won six titles including her success in Madrid defeating Serena: they were the first sisters ever to meet in a WTA final).

In 2000, after the Roland Garros went on 35-match, six-tournament winning streak, winning first Grand Slam title at Wimbledon (d. Davenport in final) and the gold medal at Sydney Olympics; she has won doubles gold three times with sister Serena, at Sydney, Beijing and London. In 2001, Venus defeated Serena at Us Open final, the first contested by two siblings since Watson sisters at 1884. It was the fourth of her seven Grand Slam titles, having won Wimbledon in 2000‐01, 2005 and 2007‐08.

Zhuhai. 2016 season highlights included winning the 49th career singles title at Kaohsiung (d. Doi), and reaching 80th career singles final at Stanford (l. Konta). Venus became the fifth‐oldest player to win a WTA singles title and reached at Wimbledon the first Grand Slam semifinal since 2010 US Open. In 2017 she didn'w win a title, but finished the season losing the WTA Finals title-match. She was the only player to claim two major finals, at Australian Open and Wimbledon. At 37 years and 29 days old, she became the oldest player to advance to final at the All England Club since 1994 and the third oldest player to rank in Top 10 in WTA history behind Billie Jean King and Martina Navratilova.

Venus Williams: You have to have dreams; I would like to win French & Australian Open

Venus Williams on why she would be a horrible coach

Venus Williams on BlackLivesMatter: Amazed at solidarity that has erupted across USA

Venus Williams teams up with Credo Beauty for Sunscreen collection

Venus Williams on her new CBS show: It’s about us getting outside our comfort zones

Venus Williams on her diet: Life is too short to not love what you’re eating

Venus Williams gives her fans a tour of her lovely garden