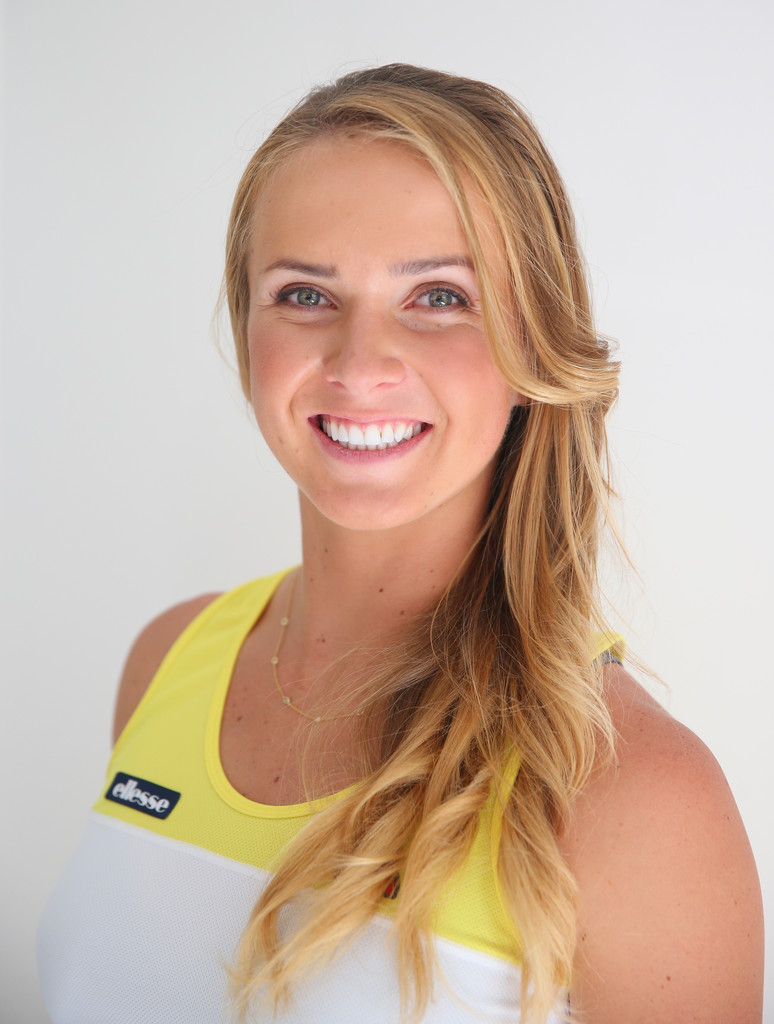 Elina Svitolina played the first ITF Circuit events of career in 2008 and made WTA main draw debut at 2012 Baku, where she won the title the next two years. She posted her breakthrough first top 50 season in 2013 and was ranked 29th in 2014. In 2015 the Ukrainian won one WTA title in Marrakech (d. Babos in final), reached the first Grand Slam quarter-final at Roland Garros (l. to Ivanovic), her joint best-result in a major, and was ranked 19th, for the first time in the top 20, at the end of the season.

Svitolina posted the second Top 20 season in 2016, at No.14 as she reached the first semifinal at Premier Mandatory level at Beijing, clinched the fourth WTA singles title at Kuala Lumpur (d. Bouchard in F) and advanced to finals at New Haven (l. A.Radwanska) and Zhuhai (l. Kvitova). At Rio Olympics she also beat Serena Williams to become the first Ukrainian woman ever to defeat the top‐ranked player.

In 2017 she won the most singles titles with five to her name - Taipei City (d. Peng in F), Dubai (d. Wozniacki in F), Istanbul (d. Mertens in F), Rome (d. Halep in F) and Toronto (d. Wozniacki in F). She owned longest unbeaten streak of the year, at 15 matches, and became the first player to win three Premier 5 titles in a single season (Dubai, Rome, Toronto), since such tournaments were introduced in 2009. One of four players to make Top 10 debut in 2017, Svitolina played the second Grand Slam quarterfinal of career at Roland Garros. Svitolina completed her breakthrough season making her debut appearance at WTA Finals: she was the first Ukrainian woman to qualify for the season-ending tournament in singles.

In 2018, Elina Svitolina completed her breakthrough season winning the WTA Finals as she beat Stephens in the biggest final of her career. She improved her record in tour-level finals to 13-2, having won her past nine matches at this stage, with her last
defeat coming against Petra Kvitova at 2016 Zhuhai. She opened the campaign by capturing her 10th career WTA title at Brisbane (d. Sasnovich in F), defeating two Top 10 players en route to the title (No.9 Konta and No.5 Karolina Pliskova). She then lost to Mertens in her maiden Australian Open quarterfinal, as she was the first Ukraininan woman to reach that stage in Melbourne surpassing  Alona Bondarenko who fell in the round 16 in 2010. Svitolina completed a successful title-defense in Dubai, made a third round exit in Doha and Indian Wells and the quarterfinals in Miami.

Highlights of her claycourt season were the quarterfinals in Madrid and the third title-defense of her career, in Rome (d.Halep). On grass, she made a quarterfinal run in Birmingham but she became one of the ten seeds to suffered a first round upset at Wimbledon. In North America, she reached the semifinals in Montreal as defending champion and the quarterfinal in Cincinnati before the Us Open round 16 exit.

She made her second appearance in Singapore and gained the biggest payday of her career. Svitolina entered the tournament with 39 wins during the season (second-lowest amount of wins of all this year’s qualifiers entering the event, after Stephens who posted 33 wins) but posted a perfect 3-0 record in the round robin stage, the 20th occasion this has happened. She defeated No.5 Kvitova, No.8 Pliskova and No.3 Wozniacki in the round robin stage, before ousting No.9 Bertens in the semifinals and No.6 Stephens in the final to become the eighth player to go undefeated en route to the WTA Finals crown, and first since Serena Williams in 2013. She completed the season with a 9-3 record against Top 10 players and a 4-2 mark against Top 5 players. She also won the Jerry Diamond ACES Award in the 2018 WTA Awards, in recognition of her promotion of women’s tennis to fans, media, and local communities by performing off-court promotional and charitable activities.

Elina Svitolina: there is a big chance that US Open & French Open will take place

Elina Svitolina: At some point it is important that every parent walks away

Elina Svitolina: If not for my mom, I would not have the character of a winner

Elina Svitolina fakes stripping on “Leave Your Hat On” hit

Elina Svitolina on the Lockdown: I always wanted to live a normal life