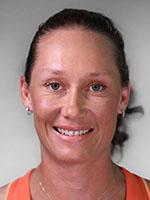 Stosur played the first events of her career on ITF Circuit in Australia in 1998, and first WTA main draws in 2002, as a wildcard at Gold Coast and Australian Open. In 2009, her first top 20 season, she won her first title in Osaka (d. Schiavone in final) and reached her first Grand Slam singles semifinal at Roland Garros. Being the lowest-ranked seed in the tournament to go thus far, Stosur cracked the top 20 for the first time in her career.

In 2010, she was the only Australian to win in Charleston and the first to reach a Grand Slam singles final since Wendy Turnbull at the 1980 Australian Open. At Roland Garros, she beat three former world No. 1 in a row, Henin, Serena Williams and Janković), before losing to Schiavone in the final.ù

In 2011, at Us Open, she won her maiden Grand Slam singles title. In the third round, Stosur beat Petrova in what was then the longest women's singles match in the tournament's history, then she defeated Kirilenko in a fourth round that featured the longest tiebreak in any major in the history of women's tennis. In the title-match she defeated three-time champion Serena Williams, for her first Grand Slam tournament singles title, the first sealed by an Australian woman since Evonne Goolagong at Wimbledon in 1980. That year, she was also runner-up three times in Rome (l. to Sharapova in final), Toronto (l. to S.Williams in final) and Osaka (l. to Bartoli in final).

2016 season highlights included advancing to fifth Grand Slam SF of career at Roland Garros (l. eventual champion Muguruza). Following Roland Garros result, she rose to No.14, coming back into the Top 15 for the first time since August 26, 2013. After the win over Giorgi at the 2016 Us Open first round, she lost nine matches in a row, before sealing the quarter-finals in Taipei City in 2017. During the clay court season, she beat Gavrilova in Strasbourg in the first all‐Australian singles final since 2005 Sydney (Molik d. Stosur). Consequently she would remain the Australian No.1 for a total of 452 consecutive weeks since October 13, 2008.

Samantha Stosur: "It's time to accept it and find other tasks to fill our days"

Samantha Stosur puts team ahead of self in Fed Cup Final