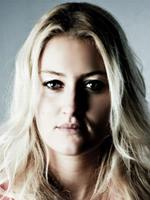 Mladenovic started playing juniors in May 2006. In 2007 she became the European Under 14 singles champion. Her father is Dragan Mladenović, a former handball player for Yugoslavia, and her mother Dženita is a former volleyball player. They moved to France in 1992 when Dragan was signed by Dunkerque HGL. In 2012, she completed the first top 100 season. But she had to wait until 2015 for the first real breakthrough season, ended ranked 29th. Mladenovic reached the first WTA final, losing to Stosur in Srasbourg, and qualified for the WTA Finals in Singapore in doubles with Babos: went 1‐2 in the group stage and failed to progress. She finished 2016 as No.42 Reached second and third WTA singles finals in 2016, at ‘s‐Hertogenbosch (l. Vandeweghe) and Hong Kong (l. Wozniacki). In doubles, she won four titles with Caroline Garcia, including her triumph at Roland Garros. They became the first French pair to win the doubles title at Roland Garros since when Gail Chanfreau and Francoise Durr in 1971 and completed the season with a semifinal-run at the WTA Finals. In 2017 Mladenovic captured her first career title at St Petersburg (d. Putintseva in F) and passed $5 million prize money mark. Made semifinals at Indian Wells breaking into the Top 20 for the first time in career. In Stuttgart, she lost the title match to Siegemund after defeating World No.2 Kerber en route to final, her joint‐best career result by ranking. Also reached first final at WTA Premier Mandatory level at 2017 Madrid (l. Halep in F) and the quarter-finals at Roland Garros. Endured a disappointing second part of the season, hsving not won a single match after the first round in Washington DC.

Kristina Mladenovic Improvises Golf at the Stairs of Her House

Dominic Thiem explained why he split with Kristina Mladenovic

Kristina Mladenovic: 'I would like to have Serena Williams's serve'