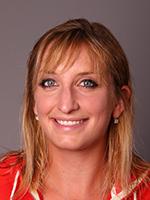 Timea Bacsinszky made her WTA main draw debut at 2004 Strasbourg. Her breakthrough professional tournament was the 2006 Zurich Open, where she qualified then defeated Anastasia Myskina and Francesca Schiavone before losing to former No. 1 Maria Sharapova.

Her singles ranking climbed in 2008 when she reached SF twice in Antwerp (l. to Henin) and Strasbourg (l. to Medina Garrigues). She won her first WTA singles title at the 2009 Luxembourg Open then won her first three doubles titles the following year. Bacsinszky suffered a serious foot injury in the spring of 2011, requiring surgery and a long recovery. That and and a subsequent abdominal injury limited her to play between 2011 and 2013. She undertook training in hospitality at a hotel in Switzerland and contemplated giving up tennis: she was No.285 by end of 2013. At 2014 Roland Garros she felt her passion for the game reignited. Her gradual return to the WTA Tour reached a big milestone in Wuhan where she upset No. 4 Maria Sharapova in the third round.

She cracked into the Top 10 in October 2015 for first time in career – becoming fourth Swiss woman to break Top 10 in WTA Rankings history, after Manuela Maleeva‐Fragniere (a former No.3), Martina Hingis (a former No.1) and Patty Schnyder (a former No.7). That year she won her first two WTA titles in Acapulco and Monterrey (d. Garcia in both finals) and was runner-up twice in Shenzhen (l. to Halep) and Beijing (l. to Muguruza). In 2015 she became first Swiss woman to reach Roland Garros SF since Hingis in 2001, and first at any Slam since Schnyder at 2004 Australian Open.

In 2016, her second straight Top 20 season, she won her fourth WTA title in Rabat (d. Erakovic in F) and played semifinals in Miami (d. Ivanovic, A.Radwanska and Halep before falling to Kuznetsova) and Gstaad (l. to Bertens). She also reached the QF twice in Rome (l. to Muguruza) and Roland Garros (l. to Bertens), earning a career-high ranking of No.9 after Rome (May 16, 2016). In 2017 she reached her second career Slam SF at Roland Garros (upset V.Williams and Mladenovic en route, l. Ostapenko) but had to put an end to her season after Wimbledon because of an injury.

Garbine Muguruza: Finishing at 4:00 AM is not normal

In tears, Timea Bacsinszky announces her withdrawal from French Open