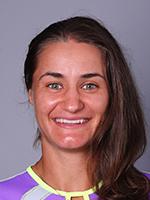 Monica Niculescu made her WTA qualifying debut in 2006 Istanbul, where she won to then junior Sabine Lisicki. In 2007, she reached the main draw in Dubai and, winning several ITF tournaments, she finished the season in Top 200.

Her best win by ranking came over No.6 Li at 2011 Beijing. That year she claimed her maiden WTA final in Luxembourg losing to Victoria Azarenka. En route to the final, she spent many hours having sealed three-sets win over Karin Knapp, Anabel Medina Garrigues, and over 2010 finalist Anne Keothavong in the semifinals. In 2011, she also reached the fourth round at Us Open (l. Kerber) clinching her best result at Grand Slam level.

Niculescu achieved her career-high ranking of No.28 on February 27, 2012. Her best result was again the WTA final in Luxembourg (l. V.Williams), but the inconsistent results during the season made her go down to world No. 58 by the end of the year.

Aside two WTA semifinals in Shenzhen and Monterrey, Niculescu won her first singles WTA title in Florianópolis in 2013. Niculescu, who saved three match points against Spaniard Anibel Medina Garrigues in her first round match, defeated Olga Puchkova in the final.

In 2014, she overcame heat and fatigue to beat second seed Alize Cornet in the final of the Guangzhou International Women's Open for her second WTA career title. She claimed the semifinals in Bucharest (l. to Halep) and three quarter-finals inShenzhen, Hobart and Florianopolis, and finished the season at No.47.

2015 was her second-best season to date (finishing No.39 - finished 2011 at No.30) as she was runner-up at Nottingham (l. to Konjuh in final) and semifinalist in Bucharest (l. to Errani). She also equaled her best result in a major at Wimbledon (l. Bacsinszky).

The Romanian won her third WTA singles title of career at 2016 Luxembourg, defeating Kvitova in final for eleventh career win over a Top 10

opponent. . She posted three wins against Top 20 ranked players in 2016 and ended the season at No.39 in the WTA rankings.

2017 was her ninth Top 100 season in the past ten years, as she finished at No.100. Niculescu, who has reached at least one singles final seven years running, was runner-up in Hobart (l. Mertens). She also reached the quarter-finals in Washington DC (l. Goerges), and won the WTA 125K title at Limoges (d.Lottner). In doubles she appeared in her first Grand Slam final at Wimbledon (w/H.Chan, l. Makarova/Vesnina) and won Biel (w/Hsieh), claiming her eighth WTA doubles title from 24 finals. During the 2017 Asian swing, Niculescu passed US$5 million in career prize money.

Monica Niculescu Says She Has No Plans to Stop Playing Yet