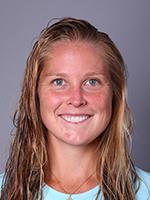 Rogers followed her sister, Sabra, into tennis at the age of 6. Home-schooled during high school, in 2009 she decided to forgo college and become a professional tennis player. She completed however an English degree by correspondence at Indiana University East In 2010, she won the USTA 18s Girls National Championship to earn a wild card into the US Open, her first Grand Slam main draw appearance.

She won the first WTA level match at 2013 Strasbourg (d. Domachowska). In 2014 she reached the first WTA singles final of career at Bad Gastein (d. No.16 Suárez Navarro and No.14 Errani en route, l. Petkovic) making her Top 100 debut on August 11. She finished the year participating in the WTA Finals Rising Stars Invitational in Singapore (along with Diyas, Puig and Zheng).

One-time doubles runner-up, in Bogotá (w/Falconi), in 2015 she played in all four Grand Slam main draws for the first time in her career, reaching the 3rd round at the U.S. Open. But finished the season ranked No.146.

In 2016 she began playing ITF events in the United States as ranking did not qualify her for direct acceptance into Australian Open. She returned to WTA-level play in February at Rio de Janeiro, where she advanced to second career singles final (l. Schiavone). At Roland Garros, she achieved her best Grand Slam result to date when she advanced to quarterfinals (d. seeds Ka.Pliskova, Kvitova and Begu en route; l. eventual champion Muguruza). She became the ninth player ranked outside of the Top 100 (No.108) to advance to the last eight in Paris since 1983 (Pironkova, No.102, became the 10th at the same tournament): her ranking rose from No.108 to No.59. Aside from Rio de Janeiro and Roland Garros, she did not pass the second round at tour level in 2016. Anyway, she managed to post a second Top 100 season, at No.60.

In 2017 she reached the second round at Australian Open for first time (l. Barty) after registering her best career win to date over No.4 Halep in the opening match. At US Open matched her previous best result at her home Slam by advancing to 3r (l. Svitolina). In 2r, d. No.25 seed Gavrilova 7-6(6), 4-6, 7-6(5), in a match that took 3 hours, 33 minutes, setting a record for the longest women's match in US Open history.

Shelby Rogers wins longest women's match ever at the US Open

A closer look at Shelby Rogers' performance against Simona Halep