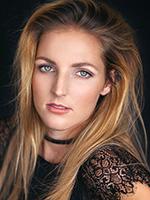 Pliskova made WTA main draw debut as WC at 2007 Prague (l. Bartoli). In 2010 she beat Ishizu to become the Wimbledon junior singles champion. Next year she qualified at the Championships to play her first senior Grand Slam.

In 2012, at Wimbledon, she won her first grand slam main draw match against Polona Hercog before losing to Francesca Schiavone in straight sets. She then qualified for the US Open where she upset 18th seed Julia Görges and lost to Mandy Minella.

At 2013 Linz, with sister Karolina became first set of twins to ever win a WTA doubles title. The twin sisters also won titles at 2014 Bad Gastein and 2014 Hong Kong.

In 2015 she upsets Svetlana Kuznetsova at Wimbledon to reach a Grand Slam third round for the first time (l. Niculescu)..

Season highlight in 2016 was reaching her first WTA singles final at Tashkent, defeating Hibino in final for first career singles title. In Miami she posted her sole Top 10 win over No.10 Bencic via retirement and reached the third round (l.Begu). Aside from those two events, she did not progress beyond 2r at any other tour‐level event.

In 2016 served fifth‐most aces in 2016, hitting 274 from 24 matches (tour level, main draw only) and signed the new WTA record for most aces served in a match, 31 against Puig at 2016 Australian Open, beating Lisicki’s 27 vs. Bencic at 2015 Birmingham (she surrendered five match points and lost match).

She opened the 2017 season she reached the third round for the second time in a major at Australian Open. On red clay, she reached her second WTA singles final of career at home event of Prague (l. Barthel) and posted new career‐high of No.35 on July 31, 2017.

WTA TOKYO - Cibulkova and Garcia race into second round