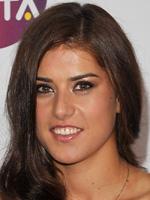 Sorana Cirstea turned pro at 2006 Stockholm (l. Kanepi in 1r). Next year she reached her first WTA finalI in Budapest. As a qualifier in the Tier III event, she became the first Romanian player to reach a Tour final since Ruxandra Dragomir in June 2000 (l. to Dulko). Then she won her first WTA title in Tashkent beating Lisicki and finished the season at No. 36.

Cirstea finished 2016 season at No.81 as she completed a semifinal run in Rio de Janeiro (l. Rogers) and made quarterfinals at Premier Mandatory Madrid (as wildcard, l. eventual R‐Up Cibulkova) and Mallorca (as qualifier, l. Jankovic).

I thought Serena Williams would have retired, says Cirstea

Sorana Cirstea concludes Fed Cup career at the age of 28