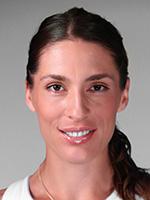 Andrea Petkovic, who began playing when she was 6, admires Edward Norton and Javier Bardem, Goethe, Oscar Wilde, Flaubert and Che Guevara. She made her first WTA appearances as a wild-card in qualifying at 2002 Hamburg and Leipzig.

She won her maiden WTA title in 2009 in Bad Gastein, losing only a set throughout the tournament. On her way to the title, she defeated, amongst others, Anna-Lena Grönefeld and Iveta Benešova, and upset Raluca Olaru in the final match. The following week, she reached the semifinals in Istanbul, losing to Lucie Hradecká in three tight sets.

In 2011, her first Top 10 season (finishing No.10), she won one WTA title at Strasbourg (won when Bartoli retired suffering a thigh injury in the final). She also finished as  runner-up twice at Brisbane (l. to Kvitova in final) and Beijing (l. to A.Radwanska in final). Alongside the semi-finals showings in Miami (l. to Sharapova), Carlsbad (l. to A.Radwanska) and Cincinnati (l. to Jankovic), 2011 was her most consistent year at the majors: she reached the quarter-finals at Australian Open (l. Li), Roland Garros (l. Sharapova) and US Open (l. Wozniacki).

In 2012, however, she ended ranked outside Top 100 for the first time since 2008 after a double injury-marred season. She suffered a right knee injury at Hopman Cup at end of December 2012, which forced her to miss 2013 Australian Open and Middle East swings. She returned to tour at Indian Wells but her ranking dropped as low as No.177 in March 2013. However, she won an ITF Circuit title during the second week of Roland Garros and reached the final in Nürnberg (l. to Halep in final) and Washington DC (l. to Rybarikova in final) to complete another Top 40 season.

In 2014, her second-best season to date (finishing No.14 - finished No.10 in 2011), she won three WTA titles at Charleston (d. Cepelova in final), Bad Gastein (d. Rogers in final) and n the Tournament of Champions in Sofia (d. Muguruza in the semifinals and Pennetta in the final).At Roland Garros she sought revenge over Sara Errani and got into her first Grand Slam semifinal losing to the world No.4 Simona Halep, missing break and game points in the second set.

In 2015 she won her WTA title at Antwerp (won when Suárez Navarro withdrew prior to final w/neck injury) and lost two semifinals in Miami (l. to Suárez Navarro) and Charleston (l. to Kerber). After mixed results across the season, Petkovic ended the year at No.24, qualifying for the WTA Elite Trophy in Zhuhai (fell in group stage).

2016 season highlights included the semifinal run in Doha where she defeated Muguruza claiming her first win over a Top 5 opponent since d. No.2 Azarenka at 2013 Beijing (ret. against Ostapenko) and three quarter-finals appearances in Luxembourg, Dubai and Brisbane. She  suffered first round losses at 2016 Rio Olympics in both singles (l. Svitolina) and doubles (w/Kerber, l. Errani/Vinci).

Andrea Petkovic Resumes Training in Germany: Don't want my career to be ended by this

Andrea Petkovic: I will be hanging on for another year

Andrea Petkovic: Alexander Zverev Has a Better Chance at Olympics Over Grand Slam

Andrea Petkovic: Tennis Players Should Take a Stand Against Racism

Andrea Petkovic Withdraws from Australian Open Due to Knee Injury

Andrea Petkovic to play in German Bundesliga Again in 2020