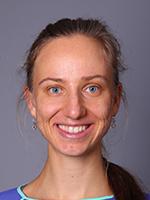 Mona Barthel was born in Bad Segeberg to Wolfgang Barthel, who won the shot put event at the 1970 European Junior Athletics Championships in Paris. She played the first events of her career on ITF Circuit in 2007 and made WTA main draw debut at 2010 Luxembourg, falling 1r (as qualifier). In 2012 Barthel qualified in Hobart and completed three upsets in a row, beating second seed Anabel Medina Garrigues, fifth seed Jarmila Gajdošová, and fourth seed Angelique Kerber. In the final, she defeated top seed Yanina Wickmayer to become the first qualifier since September 2010 to win a WTA tournament. She reached semifinals twice at Bastad (l. to Hercog) and Québec City (l. to Flipkens) and three further quarterfinals, finishing the season ranked No.39, for the first time into the top 40.

In 2013 she went 12-3 in first four events, reaching the semifinal in Auckland, finishing runner-up in Hobart (l. to Vesnina in final) and winning her first Premier titie at Paris [Indoors] (d. Errani in final). She reached her career high at No.23.

In 2014, after her third title in Bastad (d. Scheepers) she climbed back into the top 50, after falling out earlier that season. She reached SF at Luxembourg (l. to Zahlavova Strycova); QF at Nürnberg (l. to Svitolina), and the third round at Australian Open and Roland Garros.

In 2015, her fourth straight Top 50 season (finishing No.44), she finished runner-up twice in Bastad (l. to Larsson in final) and Luxembourg (l. to Doi in final).

In 2016 she suffered from undiagnosed chronic fatigue illness, causing her to miss four months of season, from Australian Open to Roland Garros. She only won back-to-back main draw matches once that year, at Hobart and ended the season at No.183, her first year-end finish outside the Top 100 since 2010 (No.208).

At Australian Open 2017 she won through three rounds of qualifying to reach main draw, before dispatching wildcard Aiava (1r), 2016 Olympics gold medalist Puig (2r) and Barty (3r), losing to eventual finalist V.Williams in R16, clinching her best Grand Slam performance so far. In Prague, she advanced to her first WTA singles final since 2015 and completed a comeback win over Kristýna Plíšková to win her 4th WTA singles title and her first WTA singles title since 2014. After a disappointing end of the season, she failed to finish into the top 50.

Hobart TD: 'This is one of the strongest qualifying fields we ever had'

WTA Gstaad:Marketa Vondrousova to meet Evgeniya Rodina in the quarterfinals