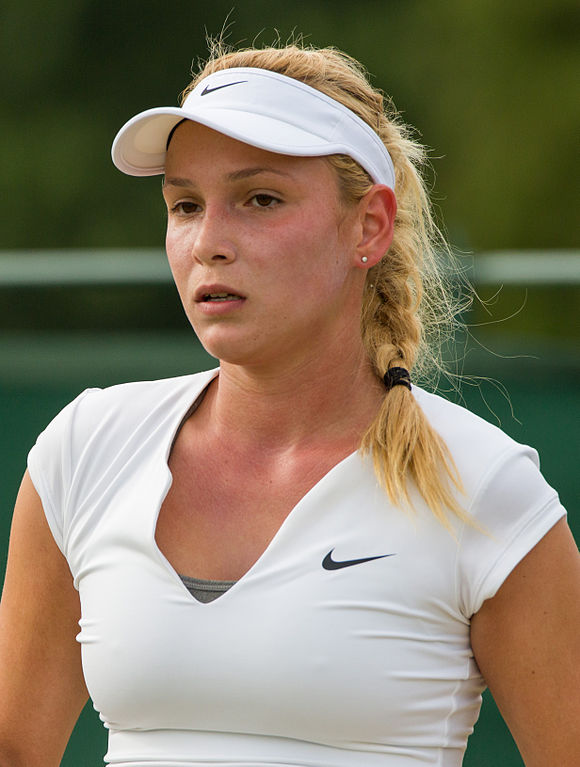 Born to two professional athletes, Vekic reached the first WTA career final at 2012 Tashkent (l. to Begu). In what was her first WTA main draw appearance, she became the youngest WTA finalist since 15‐year‐old Tamira Paszek won Portoroz in 2005.

In 2013, her first Top 100 season, she was runner-up in Birmingham (l. to Hantuchova in final). In 2014, she won her maiden WTA title in Kuala Lumpur. On her way to the final, she won three of her four matches after losing the first set and overcame No. 10, Dominika Cibulková in a third set tie-breaker in the final to complete her first Top 10 win.

2015 highlights included reaching final at Tashkent (l. Hibino), the quarterfinal in Baku and the third round at Roland Garros, her best Grand Slam performance. She posted just four main draw wins across 2016, defeating Al Nabhani at Doha, Riske at Kaohsiung, Ivanovic at Cincinnati and Zhang at Tianjin.

She reached two ITF finals at the end of 2016 season, winning the title at $100k ITF/Sharm El Sheikh, and the quarterfinals at WTA 125K event in Limoges, ending the season ranked No.101.

In 2017 she equalled her Grand Slam best result at Us Open and won the second WTA singles title of career, in Nottingham defeating No.8 Konta in the title-match claiming her second Top 10 win. Until this title run, she had not posted back‐to‐back main draw wins since September 2015 (run to final at Tashkent). In 2017 she has successfully won through qualifying at six tour‐level events from nine attempts and played 22 main draws overall.

She began the season with a quarterfinal appearance in Hobart (l. Watson) and ended it reaching the same stage in Luxembourg (l. Goerges). She reached the second round at Australian Open (l. Bonaventure) and the third round in Miami (l. Collins).

On clay, the best result was the quarterfinal run in Istanbul, losing to Begu after serving for the match twice and holding a match point. She fell in the second round in Lugano (l. Barthel), Rome (l. Keys), Madrid (l. Muguruza) and the Roland Garros (l. Sharapova), rising to the then-career-high ranking of No.42 on June 11.

On grass, she failed to defend the title in Nottingham, where she lost to Konta in the semifinals. She achieved a career-best result at a Slam by reaching the round-16 at Wimbledon (l. Goerges). En route, she recorded her best win-by-rank to date ousting No.4 Stephens in the first-round. She equaled this result by defeating No.4 Garcia in Tokyo in the quarterfinals.

In Washington, she reached the first WTA final since 2017 Nottingham, and her sixth overall, losing to Kuznetsova after holding four match points. She completed the hardcourt season in North America falling at the first round at US Open (l. Sevastova).

In the Asian Swing, she reached the semifinal in Tokyo (l. eventual champion Karolina Pliskova). During that run, she scored victories over multiple Top 10 players at the same tournament for first time in her career by defeating No.9 Stephens and No.4 Garcia. She finished the season with a 34-25 overall win-loss record.

Donna Vekic: No one wants to watch the men play for five sets in the early rounds

Donna Vekic: All We have to do is Adapt