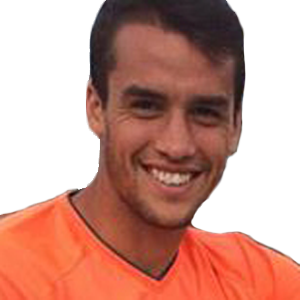 2010 - Cecchinato made a professional debut at the age of 17, losing in the opening round of Genova and Palermo Challengers and reaching one Futures quarter-final

2012 - One Futures title and first Challenger wins, finishing just outside the top-400

2013 - ATP debut in Nice, losing to Fabio Fognini in three sets. Maiden Challenger title in San Marino and another final in Sibiu, followed by two Futures titles for the place in the top-170 at the end of the season

2014 - Masters 1000 debut in Rome and three ATP matches overall, still seeking the first win. Four Challenger semi-final and a final in Mestre where he lost to Pablo Cuevas to improve his year-end ranking for the fourth year

2015 - Marco made top-100 debut in July despite losing all four ATP matches. He claimed 45 Challenger wins and winning the title in Turin and losing the final in Genova. He was the semi-finalist in additional 10 tournaments to earn enough points and finish inside the top-100

2016 - First ATP win and the quarter-final in Bucharest, scoring three wins overall in 13 matches. In addition, he won Challenger title in Milan with another final in Como but that wasn't enough to repeat the last year's points tally, barely finishing inside the top-200

2017 - Marco won one ATP match in Umag (he had a match point in round two against Ivan Dodig as well) and he was forced to play on the Futures level after not being able to recover his ranking until March. He claimed 40 Challenger wins, including the title in Rome and three additional finals, closing the season just outside the top-100

2018 - The Italian won just four ATP matches prior to 2018 and he claimed 23 triumphs in his first notable season, lifting his maiden ATP trophy as a lucky loser in Budapest and another one in Umag to wrap up the year in the top-20. Overall, Marco had 23 ATP wins and he reached the semi-final at Roland Garros after a thrilling win over Novak Djokovic to become the lowest-ranked semi-finalist in Paris since 1999, also the first Italian in 30 years! Cecchinato had just four wins after that success in Umag but he did enough earlier in the season to crack the top-20 for the first time, opting to skip Indian Wells and Miami to play clay Challengers and winning the title in Santiago

Marco Cecchinato: I can see why people think tennis players are a bit of psycho

Marco Cecchinato: I Want to Play Roger Federer Before He Retires

Benoit Paire hits winning pass from off the floor

Marco Cecchinato delays Stockholm debut as he pulls out of event