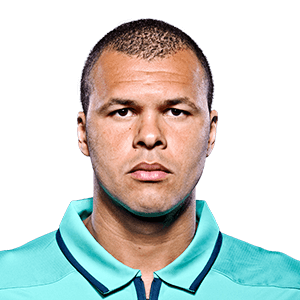 2012 - 4 Futures titles and 3 quarter-final results in Challengers, in Winnetka, Sacramento, and Knoxville. Finished the season in the Top 250

2013 - Challenger title in Champaign with 2 semi-finals. Futures final in Canada

2014 - Tennys was sidelined for 6 months and he finished the season with just 4 Challenger wins, dropping out fro the Top 600

2015 - 2 Futures titles from 6 finals and Challenger semi-final in Tallahassee, losing to Frances Tiafoe

2016 - 3 Futures titles from 4 finals, losing the first to Denis Shapovalov in Memphis. Challenger final in Columbus at the end of the season, with a semi-final run in Columbus

2017 - Challenger title in Tampere and an ATP debut in Houston, losing to Ernesto Escobedo. Tiafoe beat him in the final of Sarasota Challenger and he won the title in Savannah 2 weeks later, conquering the USTA Roland Garros Wild Card Challenge and a wild card for the Roland Garros. Sandgren toppled Nick Kyrgios in Washington after scoring his first ATP win against Soeda, falling in the third round in 2 tight sets against Zverev. He reached 6 quarter-finals in the last 7 Challengers he played, advancing to the title match in Tiburon and Charlottesville, and the semi-final in Las Vegas. His first year-end Top 100 finish

Tennys Sandgren: I May Not Play in China in the Future

Tennys Sandgren: I wouldn't be surprised if there was no tennis until grass

Roger Federer: 'I was lucky to reach semis in Melbourne, should have lost earlier'

Tennys Sandgren: 'If I defeated Roger Federer I would probably be at..'