Roger Federer has ended Novak Djokovic's historic 'Golden Masters' bid with a 7-6(1), 6-3, victory in the final of the Western & Southern Open in Cincinnati. The closely contested first set saw no breaks of service for either player as Federer appeared the most confident with his serve.

There was a visible game plan from the Swiss which was to attack Djokovic’s temperamental second serve, which produced mixed results. The Swiss had three chances in the third game of the match to break Djokovic for a 2-1 lead, but the world number one battled back to keep within touching distance.

Federer also squandered another chance to break Djokovic in his next service game as the proceedings went into a tie-break. The tie-break was a Federer master-class as Djokovic could only win one point. The form produced by the current world No.3 was reminiscent of his very best as he forced Djokovic to hit a backhand into the net to grab the opening set.

The mood of the Djokovic camp rapidly declined at the start of the second set as a costly back-to-back double fault from the Serbian aided Federer to break for a 2-0 lead. To make things worse, one of the serves during his double faults was in but he didn't challenge.

Federer was fully in control against a frustrated world No.1. There was no looking back for Federer, who was moving like a 20-year-old on the court as he cruised to the defence of his title. 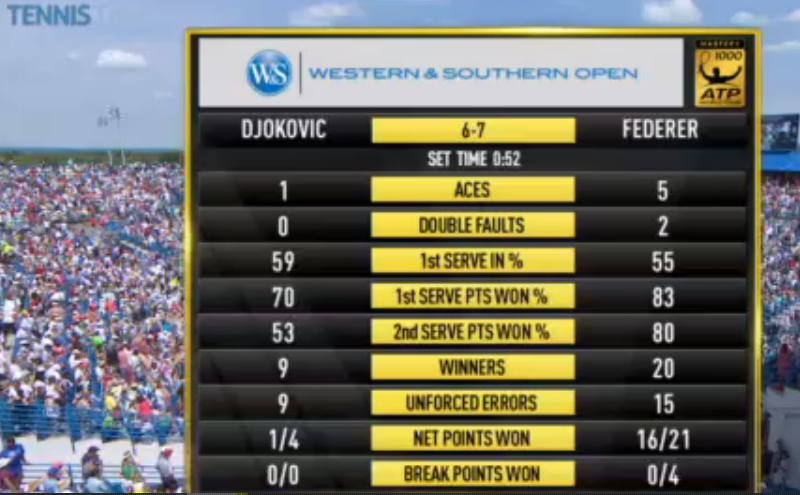