An exhibition match between Novak Djokovic and Rafael Nadal will take place at the Hua Mark Indoor Stadium in Bangkok. The exhibition will be called "Nadal v Djokovic - presented by CP True" and will take place on October 2nd in the 15,000 capacity venue.

Both players have played in Thailand before at the Thailand Open. Djokovic played in the tournament in 2004 and 2008. In 2008 the current world number 1 reached the final of the tournament where he lost in straight sets to Jo-Wilfried Tsonga.

Meanwhile Nadal played in the 2010 edition. As the top seed the 9-time French Open champion suffered a shock semi-final loss to eventual champion Guillermo García-López. The Thailand Open was removed from the ATP calendar in 2014.

On the Tour Djokovic and Nadal have played each other 44 times since 2006. Nadal currently leads the head-to-head 23-21, however, the Serbian has won their last four encounters. 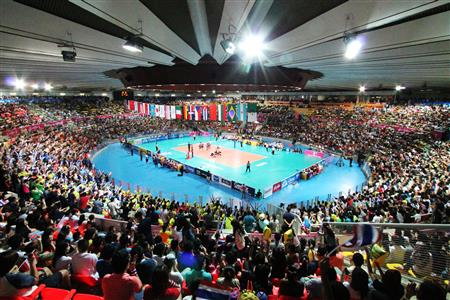 Inside the Hua Mark Indoor Stadium