The first Major of the season kicks off at Melbourne Park on Monday, with 128 players fighting for the record-breaking prize money, 2000 points and notable trophy. Rafael Nadal, Novak Djokovic, Roger Federer, Daniil Medvedev and Stefanos Tsitsipas are the players to beat in the next two weeks, with Dominic Thiem and a couple of other players hoping to make a deep run and stun the favorites en route to the title.

World no. 1 Rafael Nadal leads the draw, seeking the second Australian Open crown after 2009 and many finals he lost in between, the most recent one to Novak Djokovic a year ago. The Spaniard will open the campaign against Hugo Dellien, with an easy path in the first three rounds before the potential clash against Nick Kyrgios or the struggling Russian Karen Khachanov in the last 16.

Dominic Thiem, Gael Monfils, Kevin Anderson and Felix Auger-Aliassime should fight for the place in the quarter-final against Rafa, leading the second part of the draw and hoping to set the clash against the world's leading player.

In the second quarter-final, world no. 4 Daniil Medvedev is the favorite ahead of a former champion Stan Wawrinka, Jo-Wilfried Tsonga, John Isner, David Goffin, Andrey Rublev and Alexander Zverev who will try to reach the quarter-final in Melbourne for the first time and end his terrible run at Majors outside Paris.

The six-time champion Roger Federer leads the third quarter together with Matteo Berrettini, with the Swiss and the Italian having to beat Borna Coric, Fabio Fognini, Dennis Shapovalov, Grigor Dimitrov and Hubert Hurkacz before the potential quarter-final clash.

In the bottom quarter, the seven-time winner Novak Djokovic is the player to beat together with the ATP Finals champion Stefanos Tsitsipas, with Milos Raonic, Roberto Bautista Agut and Diego Schwartzman as their most serious opponents en route to the last eight. 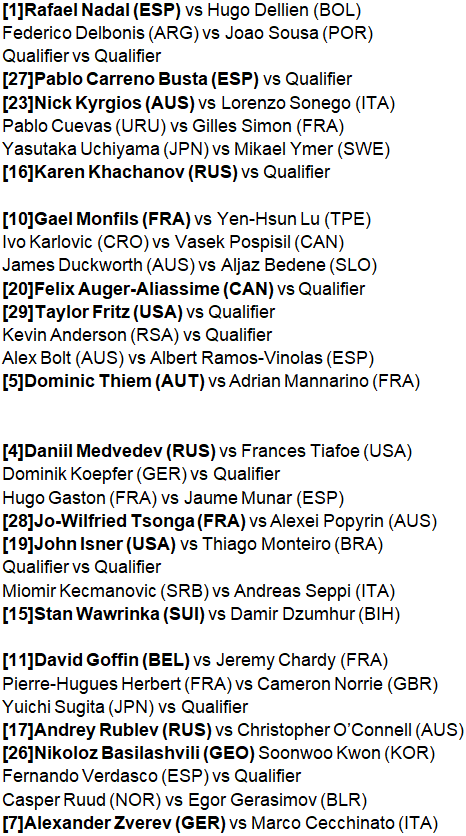 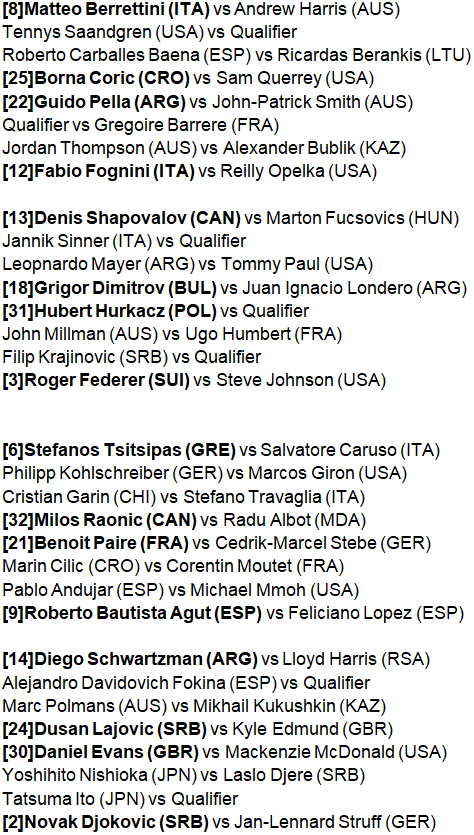