The first Major of the season in Melbourne promises another tight battle for the title in the women's draw, with a lot of players who could seek deep run and lift the trophy in the end. In the mixture of the experienced players, established stars and newcomers, Ashleigh Barty leads the field, hoping to win the first title for Australia since 1978 and continue where she left in Paris last year.

Ashleigh opens the campaign against Lesia Tsurenko before the third-round match against the 29th seed Elena Rybakina. Petra Martic and Alison Riske are potential rivals in the fourth round before meeting with the lower part of the first quarter where Madison Keys, Maria Sakkari and Petra Kvitova look like players to beat.

The second quarter should bring thrilling matches as well, with the defending champion Naomi Osaka facing the 23-time Major champion Serena Williams in the battle for the semis. Serena claimed her last Major crown here in Melbourne three years ago, losing four finals in 2018 and 2019 at Wimbledon and the US Open and hoping to end that losing streak after a perfect start of the year in Auckland.

Naomi and Serena have to beat the players like Dayana Yastremska, Caroline Wozniacki (her last tournament in a career), Johanna Konta, Sofia Kenin, Sloane Stephens and the winner of the clash between Cori Gauff and Venus Williams!

Belinda Bencic and Simona Halep couldn't go all the way in Adelaide and will try to bounce back in the third quarter in Melbourne, facing Jelena Ostapenko, Anett Kontaveit, Donna Vekic, Maria Sharapova, Aryna Sabalenka, Elise Mertens, Karolina Muchova and Danielle Collins who has played incredible tennis this week.

In the bottom quarter, Karolina Pliskova and Elina Svitolina lead the action, joined by Garbine Muguruza, Amanda Anisimova, Kiki Bertens, Marketa Vondrousova and Angelique Kerber, in another wide-open chase for the place in the semis. 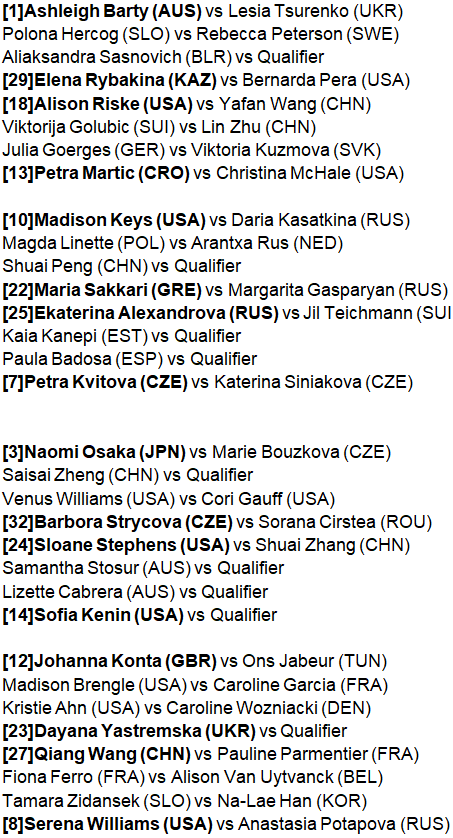 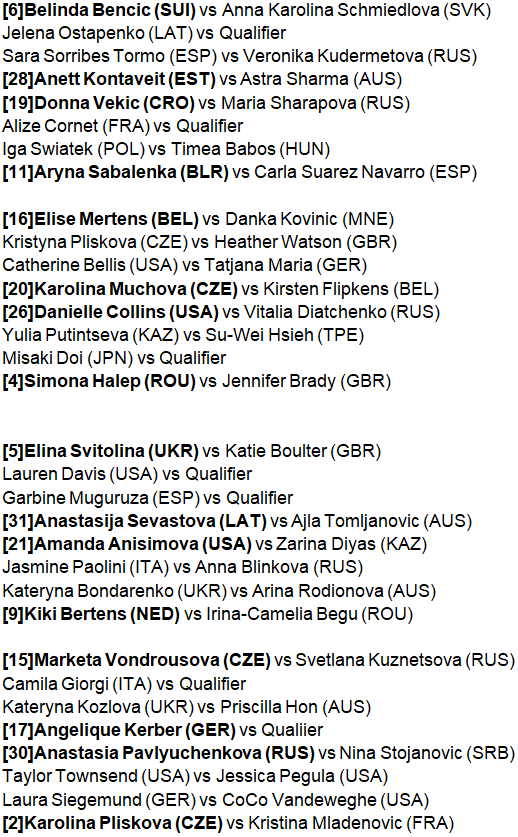