Now that Rafael Nadal has married Maria Francisca Perello, who was his longtime girlfriend, all the Big Four players of tennis have been hitched. But, considering each of their weddings, who among the Spaniard, the Swiss, the Serb and the Scots had the best groom suit? Elegance, class and tradition: four men for four different groom suits.

Roger Federer was the first to marry, with his girlfriend Miroslava Mirka Vavrinec. For his marriage, Federer wore a very elegant black suit, with a black vest, white shirt and tie and a white flagship. Federer married Mirka in 2009, now they have four children, two pairs of twins Novak Djokovic, who marry Jelena Ristić, wore a gray suit with a vest of the same shade, a white shirt and a black tie.

His suit was very glamorous and stylish. Nole and Jelena married in 2014 and they have two children, born in 2014 and in 2017. Andy Murray wore a traditional Scottish kilt for his wedding with Kim Sears. The Scot's suit was very traditional: black jacket and waistcoat, a white shirt and a gray tie.

The tartan kilt had the colors green and cyan. Andy and Kim married in 2015, and they have two children. Finally, Rafael Nadal wore a gray suit with a white shirt and gray tie. His attire, too, was very elegant and traditional.

Obviously there would also be the talk of brides, but all four were splendid in their respective bridal gowns. Mirka, Xisca, Jelena and Kim were the absolute protagonists of their weddings. Among elegance, tradition and glamor who wore the best suit of the four players? Who among them was the most elegant? 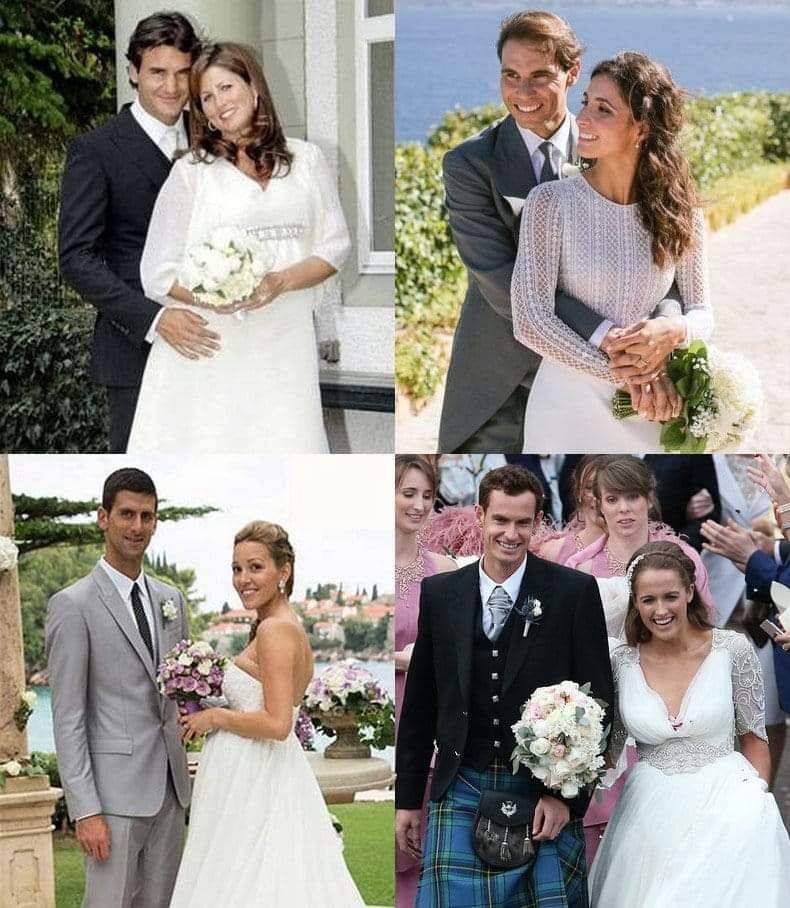