A handful of photographers have shared the memories from places where some of the top players, such as Roger Federer, Rafael Nadal, Novak Djokovic and Serena Williams began their journey to glory, with testimonies of those who have had the good fortune to see them play tennis when they were young, mainly relatives or coaches.

Some of these guys followed more linear and classic paths, compared to others' decidedly more curious routes. Roger Federer is certainly part of the first group: the Basel Old Boys Tennis Club, which still attracts members.

Madaleine Baerlocher, Roger's first coach, remembers him as a funny kid, "who didn't like losing at all" The strong personality of Maria Sharapova also emerges from the words of Vitali Golikov, assistant of her first coach in Sochi, on the Black Sea, to where her family came after moving from Belarus to Siberia: The eyes are the mirror of the soul, he said, and the little girl's eyes told of an eagerness to learn.

Jamie and Andy Murray's childhoods resemble the classic tale of a family in a small town in Scotland, Dunblane, where tennis was not the main sport. Judy Murray taught and watched the children in the local club. And now she is moved by thinking about, to where her boys have come.

There is, of course, the implicit connection with the tragic events of the city school, victim of a terrible massacre on 13 March 1996. Andy has always wanted to remember it, even in the most beautiful moments of his career.

And what about Kei Nishikori's childhood? Masaki Kashiwai, one of his first coaches, traces the image of a determined player, shy off-court but stubborn and indomitable inside, who asked to be able to play even when he was injured.

Then there are different cases. For example, that of Richard Williams, an anonymous exponent of the African-American middle class, who one day decided that his family would become a billionaire thanks to tennis. And, after the birth of the first three daughters, he had chosen the fourth, Venus, and the fifth, Serena for this difficult task.

Then, to strengthen their personality and grow them without fear, he identified the ideal place for two girls, on the tennis courts of East Rancho Dominguez Park in Compton, California, where a gang dominated. Garbine Muguruza moved to Spain when she was 10 years old, but she took her first steps in tennis in Venezuela, in Guarenas, on a court furthest from the crowd, where it was easier to concentrate for the children and which has now been transformed into a swimming pool.

Her first coach, Rene Fajardo reminding her flawless in her tennis dress, as she calls him in a loud voice to go to the court, after having put down her stuffed animal, from which she never detached herself. And then there is the story of Novak Djokovic, summarized by the photo of the wall of the training court of the ski resort of Kopaonik, in Serbia, in the middle of the brushwood, with the still evident signs of the war that bloodied the former Yugoslavia.

Nole's family ran a pizzeria and the little one started right on the resort court where he tried to emulate the exploits of his favorite player: Pete Sampras. Uncle Goran, in addition to praising the nephew's serious and strong-willed behavior, hypothesizes that the altitude of the place, with consequent greater speed of the balls, given the rarefaction of the air, had some importance in the development of his endowments.

Talking about uncles and grandchildren, there is also be the story of Rafael Nadal da Manacor, who always grew up under the wing of Uncle Toni. Another uncle, Miguel Angel, was a legend of the Barcelona Football Club and the Spanish national team, and it is understandable that, up to the age of 12, Rafa preferred soccer to tennis.

Then, for his and our luck, he changed his mind. 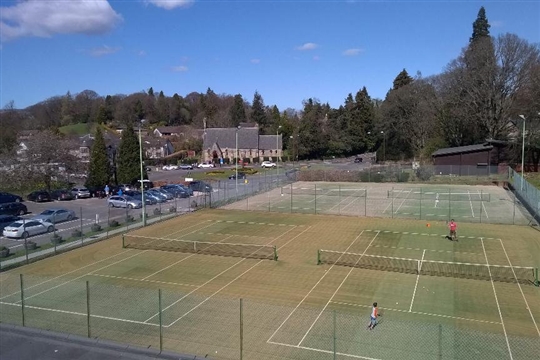