World no. 1 Novak Djokovic claimed his 37th Masters 1000 title in Paris last Sunday, returning to competition in a winning way and earning a couple of excellent records. Novak has turned 55 Masters 1000 quarter-finals on hard court into 27 titles, playing more efficiently than Roger Federer, who delivered 22 crowns from 59 quarter-final appearances.

Thus, Novak has moved only four hard-court Masters 1000 quarter-finals behind Roger and will have a chance to match or pass that number in 2022. Novak had two big goals in the current season, achieving both at Majors and on the ranking list, and he still went all the away in Paris despite not playing since the US Open.

Novak's 55th Masters 1000 quarter-final on the most common surface came after one victory and two hours spent on the court. Djokovic ousted Marton Fucsovics 6-2, 4-6, 6-3 in the second round, starting all over after set number two and kicking off the title chase.

Novak was free last Thursday, as Gael Monfils gave him a walkover in the third round due to an injury, sending the Serb into the last eight, where he met Taylor Fritz. Djokovic took down the American 6-4, 6-3 in 73 minutes, beating the young gun for the fifth time from as many encounters to reach his seventh Paris semi-final.

An in-form American broke the Serb three times, but it was not enough at least for a set, as Novak secured five breaks and had the upper hand in the shortest range up to four strokes. World no. 1 took the opening seven points for a hold at love and three break chances in game two, seizing the second to build the advantage before losing serve at love in the next one.

In game six, Taylor saved a break point to stay in touch with the world's best player before getting broken two games later to push Novak 5-3 ahead.

Instead of bringing the set home, Djokovic experienced a break at love after a costly double fault to keep the rival in contention.

Returning at 5-4, Novak clinched the third break to wrap up the set in 38 minutes. Taylor broke at the beginning of the second set after Novak's loose forehand and lost the advantage in the next one following a forced error.

Serving at 1-1, the Serb defended two break chances and claimed four straight points to avoid another setback. Djokovic held at love in game five and painted a forehand winner a few minutes later to forge a 4-2 advantage and move closer to the finish line.

World no. 1 placed an ace down the T line in the seventh game for a hold at love and sealed the deal with a beautiful volley winner at 5-3 to remain on the title course. 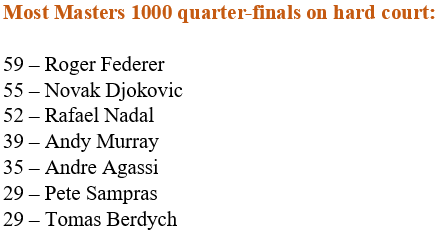 TODAY'S MOST POPULAR
RAFAEL NADAL
'Rafael Nadal would not have allowed that to happen', says expert
Rafael Nadal: 'My sister and father told me to retire, but I hate that'
Nick Kyrgios addresses summons to court on allegations of assault
'Rafael Nadal is so focused on that process', says former ATP ace
'I really wanted to beat Rafael Nadal,' Taylor Fritz says
'It seems to me Novak Djokovic doesn't enjoy...', says top analyst
'It was unusual seeing Roger Federer...', says ATP star
Ian Finnis: "Now we play golf for less money"
The data where Alcaraz is better than Federer, Nadal and Djokovic
Wimbledon 2022: Rafael Nadal's box asks the Spaniard to withdrawal!
THIS WEEK MOST POPULAR
RAFAEL NADAL
Rafael Nadal: 'She's having a tough year but...'
'Rafael Nadal does deserve to be a...', says top actor
Sergio Garcia shocked the fans: ‘This Tour is s***, you’re all f*****"
John Lloyd sends warning to Nick Kyrgios ahead of potential Rafael Nadal match
Rafael Nadal: 'When she is with confidence it's going to be...'
Alex Corretja weighs in on Rafael Nadal paying respect to Roger Federer at Wimbledon
Novak Djokovic reveals what he told Roger Federer during Wimbledon ceremony
'Novak Djokovic is the only one who...', says ATP ace
Amanda Anisimova recalls Simona Halep crushing Serena Williams in Wimbledon final
Rafael Nadal refuses to talk about potential injury at Wimbledon