With the win over Jo-Wilfried Tsonga a few days ago in Indian Wells, Novak Djokovic is now the player with the best % of matches won-lost (82.75%). He won 707 matches (including the wins against Nadal and Raonic) and only lost 147. 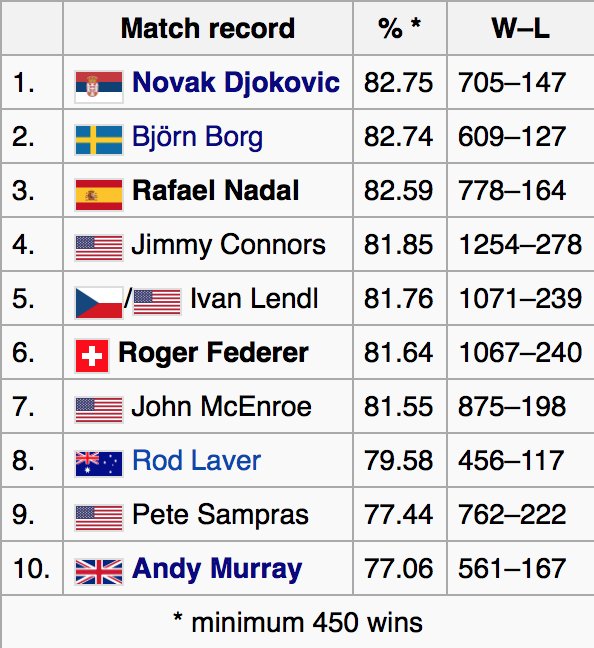 He has practically equalled Roger Federer, it will be a race to arrive first at 100! ALSO READ: Novak Djokovic: ´Rafael Nadal is one of the biggest players ever´