World no. 1 and the defending champion Novak Djokovic is through to the third round at the US Open for the 14th time in as many appearances, battling past two rivals despite a shoulder injury to stay on the title course. Novak has become the sixth player in the Open era with at least 71 victories in New York, joining Jimmy Connors, Roger Federer, Andre Agassi, Ivan Lendl and Pete Sampras on the exclusive list and hoping to pass Sampras if he beats Kudla in the third round.

Just like at other three Majors, Novak has been rock-solid in New York ever since 2007 when he played in the first Grand Slam final there, never losing before the semi-final again and claiming three titles from eight finals overall.

In the first round, Djokovic earned the 70th victory at the US Open after beating Roberto Carballes Baena 6-4, 6-1, 6-4 in an hour and 55 minutes, joining the players we already mentioned to notch another Grand Slam milestone, seeking the 17th Major crown in the next ten days.

The Serb never faced a break point against the Spaniard, serving well and mounting the pressure on his opponent who fought well in sets one and three, only to suffer straight-sets defeat and move Djokovic into the next round.

Novak wasted the opening five break chances in games two and eight in the opener before delivering a break at 15 at 5-4 to wrap it up in 45 minutes. The second set saw better tennis from Djokovic who barely lost a point on serve and broke in game two to forge the lead that he increased with a hold at love a few minutes later.

The Spaniard lost serve again in game six and Novak closed the set with a service winner in the next game for a 6-1 in less than 30 minutes, hoping for more of the same in set number three. Instead of that, they traded nine solid holds and we saw only one break for Novak at 2-2 when Carballes Baena's volley landed long.

The Serb cemented the advantage with a service winner in the sixth game, hitting another one to gain a 5-3 lead and moving over the top with a forehand winner at 5-4 to clinch the milestone victory. 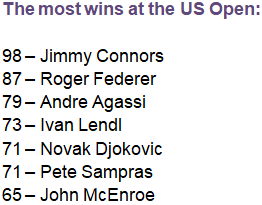