World no. 1 Novak Djokovic is safely through to the third round at Wimbledon for the 15th time from 16 trips to London! The five-time winner took down Jake Draper and Kevin Anderson to advance into the last 32, losing the opening set against the young Briton and raising his level after that to leave both Draper and Anderson behind.

Thus, Novak became the third player with 84 Wimbledon matches (74-10), passing his former coach Boris Becker and trailing only to Jimmy Connors and Roger Federer, who have both played over 100 encounters at the All England Club.

Novak made a debut at Wimbledon in 2005 and reached the semi-final already two years later. After the semi-final run in 2010, the Serb became the player to beat in the cathedral of tennis, claiming five of the last nine crowns at the All England Club and standing as one of the most decorated players at the grass Major.

Winning titles in 2018 and 2019, Novak is the top favorite to add another trophy to his collection in ten days, seeking the third Major of the season and the 20th overall. In his first match at this year's Wimbledon, Novak scored a 4-6, 6-1, 6-2, 6-2 win over Jack Draper in two hours.

Djokovic lost the opener and stormed over his rival in the following three, controlling both serve and return to advance into the second round. The Serb fired 46 winners and 24 unforced errors, losing serve once in the first set and delivering six breaks to make a strong start and send a clear message to his opponents.

The youngster fended off all seven break chances in three different service games in the opener and grabbed an early break that carried him home. Starting all over in set number two, Novak dropped three points behind the initial shot and secured two breaks for 6-1.

Novak Djokovic became the third player with 84 matches at Wimbledon in the Open era.

The defending champion didn't lose a point in his games in set number three, firing 13 winners and six unforced errors to control the pace.

Jack got broken following Novak's perfect lob at 1-1, and the Serb clinched another break in the seventh game and held at love to bring the set home and move closer to the finish line. Draper took five return points in the fourth set (eight in total after the opener) and experienced two breaks that carried Djokovic over the top.

The defending champion broke the youngster in games three and five and sealed the deal with an ace at 5-2 that sent him into the second round. Novak toppled Kevin Anderson 6-3, 6-3, 6-3 in an hour and 40 minutes in the second round.

Djokovic did everything right on both serve and return to preserve energy, dropping 15 points behind the initial shot and never facing a break point. Anderson needed his career-best tennis to follow that pace and force one or two tie breaks, but that stayed away from his reach.

The South African gave away 44% of the points behind the initial shot, hitting 30 service winners but never feeling comfortable, getting broken four times and propelling the 19-time Major winner into the last 32. 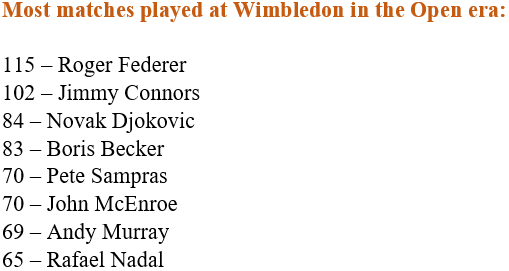