In the world of transitional tennis from a junior player to a professional career, there are many hurdles to overcome. Not only the game has to improve – the budget has to grow.

There are different views and ways how to master and build the pathway to professional tennis. Some experts are saying that the world pro tour is only for highly talented players. Other experts suggest that professional tennis is a process and support different pathways toward Grand Slam tennis. 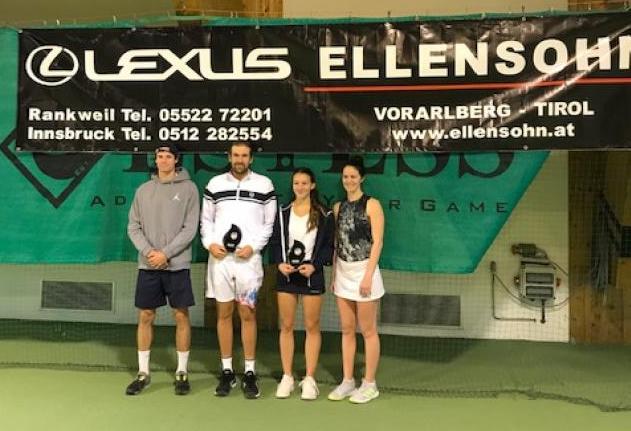 The problem is not easy to solve. However, the truth is that the vision of the current tour is not equal. The purpose of different tournament categories (ATP/WTA versus ITF) is not well communicated. The ranking system is a mess. If a player hasn´t massive financial support from the family, a federation, an academy or a sponsor it is more or less impossible to develop as a professional player. Additionally, the Grand Slam nations have huge advantages compared to other nations. It is simply unfair.

There is an urgent need to fill the big gap with short exciting national tournaments that are distributing international points. The purpose is to support young players with suitable prize money, and international matches. All rankings on the ATP/WTA and the ITF tours as well as the UTR needs to be respected and brought into one platform.

The PTCA (Professional Tennis Coaches Association-www.ptcatennis.net) is presenting the WTP (World Tennis Professionals) Circuits, Tours & Series that started in 2019. WTP is considered the pioneer and the original of all-new complementary tennis tours. The idea for this innovative tennis platform came up when renowned ATP and WTA coaches considered improving the tournament tennis landscape for players and coaches. The vision was to internationalize regional tennis tournaments as support to mainstream players. That means lower costs and optimizing the time for those players and coaches.

WTP offers all players a platform to extend or strengthen their careers. The WTP has the goal to become the most exciting tennis platform in the world. This has never existed before. The cross-border WTP concept creates an interesting atmosphere in which coaches, players, and regional fans can thrive. The "Young Guns" can compete with established players whose ATP/WTA career is slowly coming to an end due to age and family (but still have a lot to offer). For example, Daniel Brands (ex. ATP 50) won the 1st WTP Masters 2019 in Seefeld against “young gun” Alexander Erler ATP 400. These matches are just as exciting and top-class as the big tournaments' star clashes.

WTP or WTP Reg® (World Tennis Professionals Ranking Evaluation Globally) created its own combined ranking, which automatically includes players from the ATP/WTA and ITF rankings as well as players who participate in WTP tournaments. WTP is an interlink between the different worldwide ranking systems (which are not yet compatible with each other). In addition, WTP creates conversion factors for the different systems to be able to compare and connect them across national borders. (Example: WTP stipulates that a women's LK 7 in Germany can be compared with a UTR value of x.) WTP does not see itself as a competitor to the ATP, WTA, or ITF but as a complement to the tour and interlink across borders. WTP is doing something no one else has done before.

Why is WTP needed?

If players have completed national ranking tournaments in different countries in the past, this only served as an important source of income (prize money). The ranking list points achieved were evaluated for the respective national ranking list. If a German player plays a national prize money tournament abroad (if this is even possible according to their guidelines), he only scores points for the ranking list of that respective country. If he/she decides to play a tournament in Germany, the player scores points for the German ranking list. The player is thus listed in several countries in different rankings. However, this has no relevance to qualifying for international tournaments of the ITF, ATP/WTA. The system is also of interest to recreational tournament players. Who wouldn't want to be on a leaderboard with Roger Federer or Rafael Nadal?!

Why does WTP serve as a pathway to a career on the ITF/ATP/WTA Tour?

With the introduction of WTP, participation in national prize money tournaments (which have an additional WTP status → WTP Open) or in pure WTP tournaments (WTP Classics Challenges) has become important. From now on, participation no longer serves solely to finance a professional career. It is also relevant for an international ranking. A high WTP ranking is used to participate in the WTP Masters (more than 5k) or the Champions Trophy (more than 7k). At these tournaments, according to the stated goal, wildcards for international tournaments of the ITF World Tennis Tour and the ATP/WTA Tour may be awarded in addition to a high prize money payout. The goal: 32 Masters tournaments and 32 Champion Trophies worldwide with expected streaming transmission and hospitality.

Why is the WTP series of interest to tournament organizers?

Tournament organizers have the option of upgrading their national tournaments (e.g. national ranking or UTR tournaments) with a WTP status. Consequently, the tournaments will become more interesting for players from other nations. The quality and quantity of the participant fields can be increased.

Finally, we strongly believe that there is a need for a complementary tennis tour. The gap has to be filled and we invite all professional coaches to join the journey of PTCA and WTP.

Together, we the coaches and the players can make a change! Why wait until tomorrow? Let´s go and lay the future in our own hands.

Are you interested to organize a tournament? Let us know! For further information, we are at your disposal at any time: Phone: +436502628184

TODAY'S MOST POPULAR
RAFAEL NADAL
Rafael Nadal refuses to talk about potential injury at Wimbledon
Graeme Mc Dowell is threatened for LIVGolf
Nick Kyrgios addresses summons to court on allegations of assault
Rafael Nadal: 'My sister and father told me to retire, but I hate that'
Nick Kyrgios accused of domestic violence by former girlfriend
'Rafael Nadal would not have allowed that to happen', says expert
'Rafael Nadal is so focused on that process', says former ATP ace
'It seems to me Novak Djokovic doesn't enjoy...', says top analyst
'Rafael Nadal is a total genius', says top analyst
Toni Nadal weighs in on Nick Kyrgios-Stefanos Tsitsipas Wimbledon controversy
THIS WEEK MOST POPULAR
RAFAEL NADAL
Rafael Nadal: 'She's having a tough year but...'
'Rafael Nadal does deserve to be a...', says top actor
Pat Cash unloads on Nick Kyrgios for 'cheating, manipulation and abuse'
Sergio Garcia shocked the fans: ‘This Tour is s***, you’re all f*****"
Rafael Nadal: 'When she is with confidence it's going to be...'
John Lloyd sends warning to Nick Kyrgios ahead of potential Rafael Nadal match
Alex Corretja weighs in on Rafael Nadal paying respect to Roger Federer at Wimbledon
Novak Djokovic reveals what he told Roger Federer during Wimbledon ceremony
Amanda Anisimova recalls Simona Halep crushing Serena Williams in Wimbledon final
Iga Swiatek makes honest admission after shock Wimbledon loss