Du-Rieux´s interest in the mental aspect of the tennis game began when he was commentating on live broadcasting. Frequently he sought the answer to why the top players are marginally better than the rest. Today, Du-Rieux is primarily an expert in mindset and performance coaching and has conducted many investigative interviews with champions like Lindsey Vonn, Werner Schlager, Thomas Muster and Niki Lauda.

He is currently working on a book where his experiences will be published. Du-Rieux is sure the champions are excellent at self-reflection: „A solid mindset remains the key to their lasting success. Furthermore, in delicate match moments, they observe themselves and the opponent."

"Champions are thinking in structures, and they are having solid routines and rituals,“ he explains. The champions-expert further: „The routines can be the same hotel room as in previous successful tournaments, the same food and the same team.

Despite all the self-reflection, consistency and resilience, it is equally true that all champions reinvent themselves again and again.“ 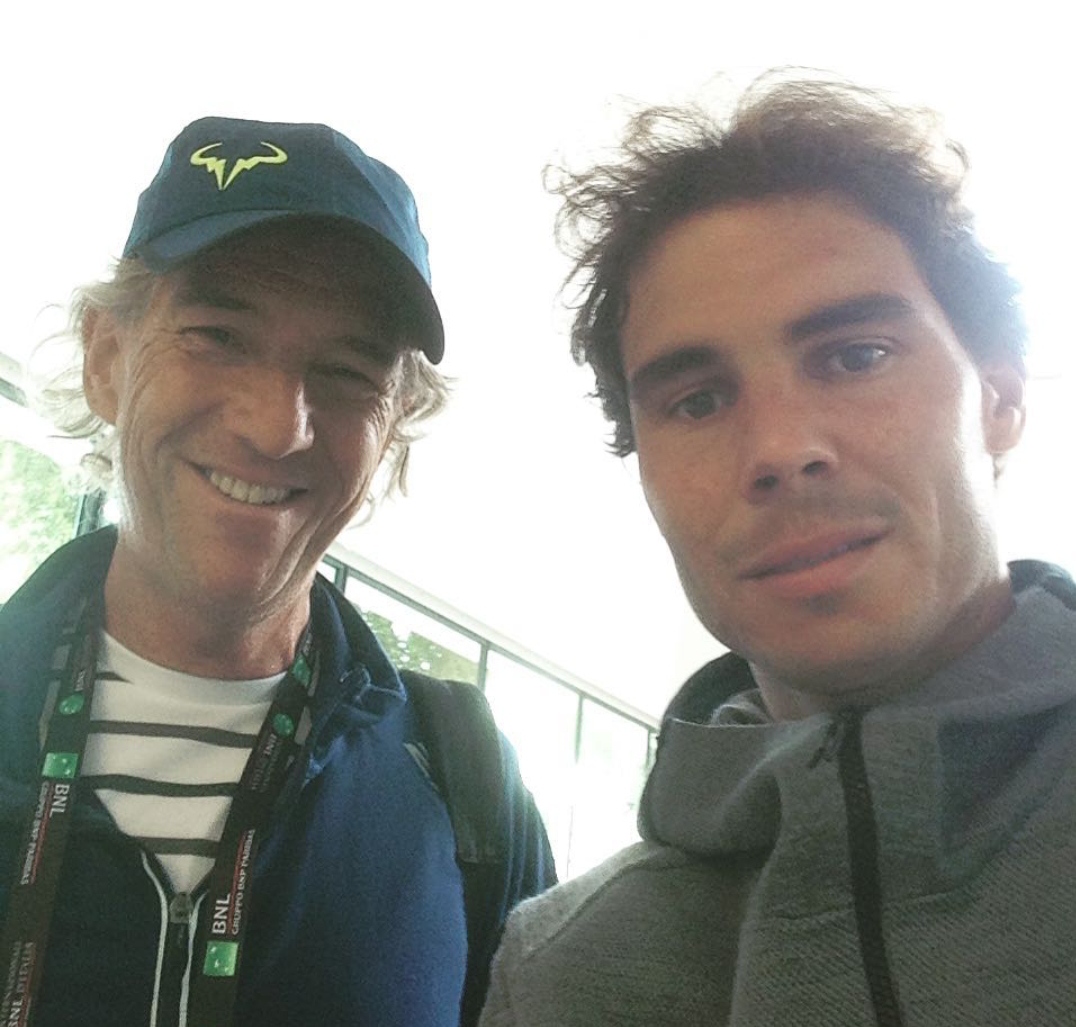 This is why Du-Rieux genuinely believes that champions focus on excellence rather than perfectionism.

„They self-reflect, but they are not self-critically destructive. Repeatedly, you see perfectionists who are too self-critical getting in their way because they maintain unnecessarily high expectations, see mistakes as bad, focus only on the result, are afraid of failing, and thus get little pleasure from the daily training."

„On the other hand, those who focus on excellence are generally process-oriented, develop mentally, see mistakes as an opportunity to improve, recognize that commitment and attitude count, and enjoy every training session,“ Du-Rieux says.

Du-Rieux highlights the current problem with Dominik Thiem. He suggests that when Dominik Thiem was immensely successful and at the top of the world, he was unaware of how and why he has come so far. 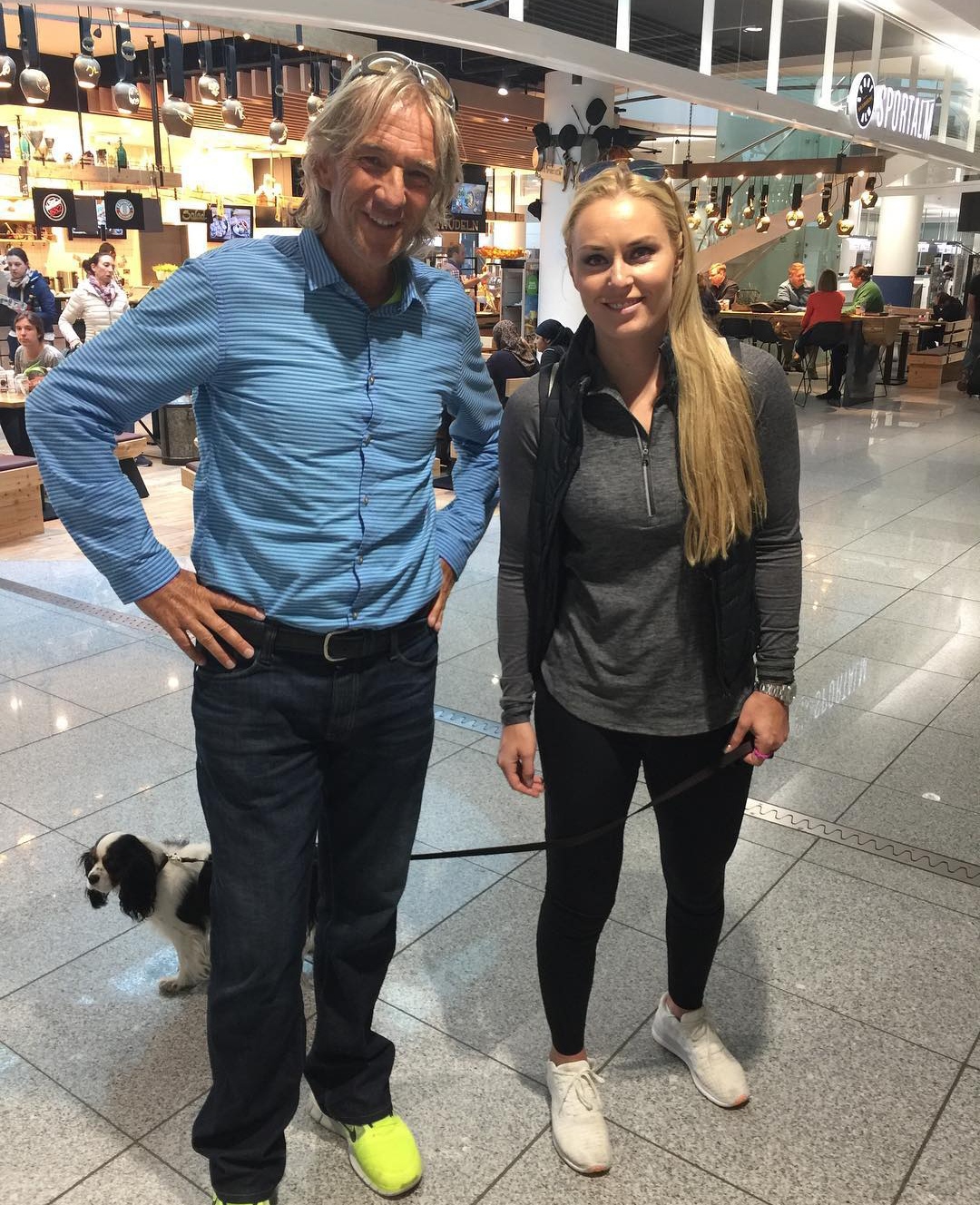 „Currently, he dwells on the supposed guarantee of success, obviously believing the success continues automatically.“ In Du-Rieux´s opinion, that is exactly the first step into the pre-programmed crash.

„After one has accomplished a critical goal, it is understandable to take a deep breath, lean back, and enjoy the triumph. All good and important, but it was only a "moment" on the way to be crowned a champion,“ explain Du-Rieux.

Du-Rieux says a champion has to redefine himself/herself every day, even reinvent himself/herself, in order not to remain in the supposedly found winning formula = deceptive comfort zone. He continues; „This process starts with the exact analysis of the success, best done during its realization (observed by the coach) or immediately afterwards.“ Du-Rieux's advice is to keep a diary or a journal so that you can recall what you have done during a previous successful performance.

As an example, Du-Rieux mentions Lindsay Vonn who stated that: „whatever will come in life, I will be the best female skier in history.“ She wrote it down and signed it. Subsequently, when she felt like quitting, she read it again and again.

The rest is history! Another significant thing is to be adaptive, says Du-Rieux. „Rafa Nadal is a master in accepting the given situation, even not playing his best he is able to challenge himself to perform at a top-level."

"This is the signature of a true champion.“ Finally, Du-Rieux states that; „it is not possible to learn how to win because the outcome always depends on the opponent. However, everyone can learn the way champions think and how to handle pressure.

Everybody can learn how to optimize themselves.“ Du-Rieux is deeply convinced the ultimate job of a coach is to inspire people who want to develop and get better, not to take notice of the naysayers. Therefore, say yes to the process, start with your mindset and be crowned the champion of your world. Don't hesitate to contact: Andreas Du-Rieux; E-Mail: [email protected]

TODAY'S MOST POPULAR
RAFAEL NADAL
Rafael Nadal: 'She's having a tough year but...'
Novak Djokovic reveals what he told Roger Federer during Wimbledon ceremony
'Novak Djokovic did not have the answer', says top coach
Rafael Nadal: 'When she is with confidence it's going to be...'
Alex Corretja weighs in on Rafael Nadal paying respect to Roger Federer at Wimbledon
Taylor Fritz reveals what he did well in shock Indian Wells win over Rafael Nadal
LIV Golf announced the hiring of Paul Casey
ATP ace reflects on Novak Djokovic's status
'Roger Federer is so good at taking a step back and...', says top coach
Sergio Garcia shocked the fans: ‘This Tour is s***, you’re all f*****"
THIS WEEK MOST POPULAR
UK TENNIS
Wimbledon player forced to change bra after entering court
'Rafael Nadal might not be able to get past...', says top analyst
Novak Djokovic: 'Nick Kyrgios is one of those who pointed out that...'
Rafael Nadal after his first Wimbledon loss: 'I have to work on my serve'
Rafael Nadal makes retirement admission after Wimbledon victory
Wimbledon 2022: Roger Federer on the Centre Court, the roar of the crowd
Nadal and Djokovic could lose Wimbledon to Kyrgios due to 3 reasons, per Mouratoglou
Stefanos Tsitsipas opens on his relationship with Mark Philippoussis
'I just think Rafael Nadal’s going to get batted and...', says expert
Lorenzo Sonego admits he was not happy with Rafael Nadal action during their match