Roger Federer, Rafael Nadal and Novak Djokovic have been the dominant players at Majors for 18 years. The fabulous trio has barely lost a couple of most significant titles over the years, pushing each other to the limits and reaching a magical number of 20 Major crowns.

Roger, Rafa and Novak have earned Major records that will never be beaten, and they are still not willing to pass the torch and let the young guns conquer the most notable tennis scene. Nadal claimed the Australian Open title at the beginning of the season, and he is heading for two from two on Sunday in Paris.

Rafa faces Casper Ruud in his 14th Roland Garros final, hoping to keep a perfect score in the title matches in Paris and lift the 22nd Major trophy. Nadal became a player with the most victories at a single Major, counting 111 wins in Paris and delivering his 300th triumph at Majors in the second round against Corentin Moutet.

Rafa advanced into the final when Alexander Zverev retired in the second set's closing stages in the semi-final, and it was his 304th Major win. Federer stands on 369 while Djokovic gathers 327, bringing the overall 'Big 3' tally to a jaw-dropping 1000 Major triumphs!

Nadal had to work hard to deliver the milestone triumph, leading 7-6, 6-6 against Zverev after over three hours of a grueling battle. The German injured his ankle just before the tie break and retired to propel the Spaniard into the final.

Nadal had to give his everything on a slow court against a determined rival, surviving four set points in the opener and coming from behind in the second. Those two sets brought almost 200 points, and Rafa took only four more than Alexander.

The Spaniard had the edge in the shortest range up to four strokes, and the German erased that deficit in the mid-range and most advanced rallies. Alexander delivered a break in the encounter's opening game and forged a 4-2 gap.

The German barely missed the first serve up to that point, but his level dropped in game eight to experience a break and bring Nadal back to 4-4.

Rafa took charge and created three set points on the return in game ten. Zverev survived them and held after deuces for 5-5. Nadal saved two break points in the 11th game and fell 6-2 behind in the tie break. The Spaniard rattled off five straight points and extended the battle.

Zverev fended off two set points at 6-7 and 7-8 before Nadal cracked a forehand down the line winner in the 18th point to steal the opener in 91 minutes! The second set kicked off with four consecutive breaks, and Nadal lost serve again to find himself 4-2 behind.

Zverev hit a double fault in the seventh game to lose serve before stealing the rival's serve for the fourth time in a row for a 5-3 advantage. Despite an evident struggle, Nadal pulled a break back at the last moment following Zverev's costly double fault in game nine.

They both served well in the next three games to set another tie break. It never came, though, as Alexander twisted his right ankle in the 12th game's last point and retired a couple of minutes later. 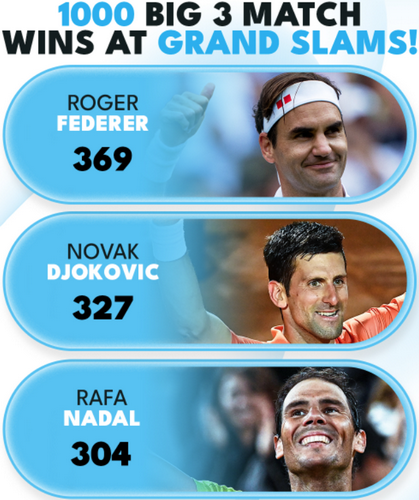