With 19 Major crowns and 35 Masters 1000 titles, Rafael Nadal has been recognized as one of the greatest players of all time. Out of those 54 titles, 54 have come on outdoor courts, together with 29 others that brings his tally to 83 ATP outdoor trophies, an Open era record that will take some beating in the future.

Nadal was never a fan of indoor tennis with a roof above his head, winning only two ATP titles in those conditions and building his legacy around those with the wind, sun and clouds above and around him, standing on an incredible 901-162 record in the ATP outdoor matches and topping the standings with those 83 titles, six more than his closest rival Roger Federer.

Before turning 24, Nadal already had 37 ATP outdoor titles and the number had kept growing in the next couple of years, losing steam a little bit in 2015 and 2016 but returning stronger from 2017 to keep the Swiss behind him.

Rafa earned four notable outdoor titles in 2019 and the latest one came in Acapulco two weeks ago, with the Spaniard beating all five rivals in straight sets for his 85th ATP crown overall and the 83rd in outdoor conditions.

In his first official match since the quarter-final loss to Dominic Thiem at the Australian Open, Nadal ousted Pablo Andujar 6-3, 6-2 in an hour and 30 minutes, looking a little bit rusty but still controlling the pace after taking more than a half of the return points.

In the second round, Rafa made a great start against the young Serb Miomir Kecmanovic, struggling a little bit in the second before forging a 6-2, 7-5 victory for the place in the quarters, finishing the job in an hour and 35 minutes and avoiding spending more time on the court.

In the battle for the semi-final, the Spaniard ousted another youngster Soonwoo Kwon 6-2, 6-1, repelling all eight break chances and dominating on the return for the place in the last four where he faced Grigor Dimitrov.

The Bulgarian broke Rafa twice but lost serve five times to suffer a 6-2, 6-2 defeat that propelled Nadal into the final where he stood strong against Taylor Fritz, repeating the semi-final 6-3, 6-2 win to lift the 85th ATP trophy and the first since September. 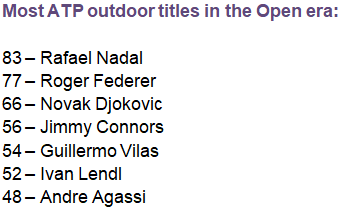