Roger Federer's outfit for the Rolex Shanghai Masters has been revealed. The Swiss will compete in the Chinese event trying to win his third title since when it became a Masters 1000 back in 2009. Federer will wear a red shirt and white shorts.

Speaking with the American golfer Adam Scott about his co-operation with Uniqlo, Federer added: “They obviously have the materials that Kei Nishikori has used as well. I know we jump into the past but they want to do extra special things for me as well, to make sure I have the right product.

And sometimes what works for them doesn’t work for me. So I’m just also going through a lot of testing in terms of materials and then in terms of designs. We’re just talking to see where do we wear what and what could we do, what fun things could we do outside the box”.

On designing Uniqlo outfits, Federer added: “In Switzerland. In Australia. In New York. In Wimbledon. We meet in all these places around the world and they fly from Tokyo, and it’s quite extensive. Yeah, it’s been interesting developing some product within another clothes designer, balancing the function of playing a sport and also wearing clothes that they’re going to sell as under their Lifewear banner, that are not just a pair of golf pants,” Scott adds.

“We can’t just develop a pair of golf pants. This is for everybody to wear. Trying to break the barrier of people calling it ‘golf clothes’ has been the fun part for me. And I’ve always had this thing, this feel-good, play-good thing.

And I take pride in what I walk out on the golf course to compete in”. 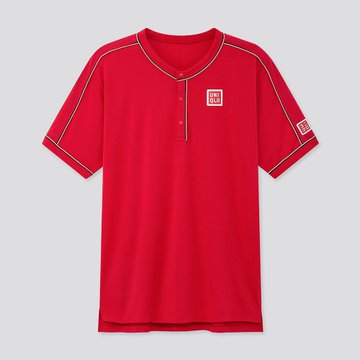 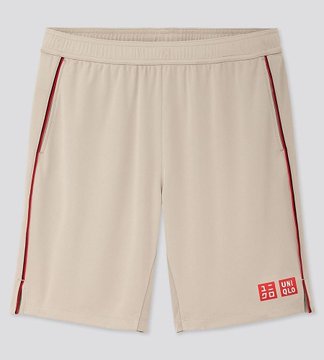