The big absentee in this period in which the official tennis tournaments have resumed is undoubtedly Roger Federer. Following the knee arthroscopic surgery, the Swiss is involved in a long rehabilitation and we will not see him on the field again before January.

Despite everything, however, the current number four in the world was the protagonist of a rather heartfelt anecdote that happened at the Foro Italico. During the match valid for access to the semifinals between Novak Djokovic and Dominik Koepfer, the referee has in fact assigned a game to the Serbian tennis player, but exclaims "Game, Federer" The laughter of those present and the slightly annoyed face of Nole Djokovic were inevitable.

It will certainly not be a consolation for Federer who can't wait to get back to competing at his levels, but having a Mercedes-branded garage with the possibility of choosing a different car for each day of the week, can help the mood.

The Swiss, one of the highest paid sportsmen in the world, is an ambassador of the Stuttgart brand, a status that allows him not to have to buy a car, given that every six months Mercedes-Benz supplies him with a new model.

And so, Federer was able to build a collection of Mercedes supercars characterized by elegance, sportiness, lots of horsepower and high prices. Here are his favorites, plus a small but powerful exception.

The first Mercedes of the Swiss champion was none other than a yellow SLR.

A super exclusive and super performance coupe, worth 456,000 euros. Probably the tennis player's absolute favorite car, given that it often shows up at events or appears on social media on board it is a version of the super sporty SLS. 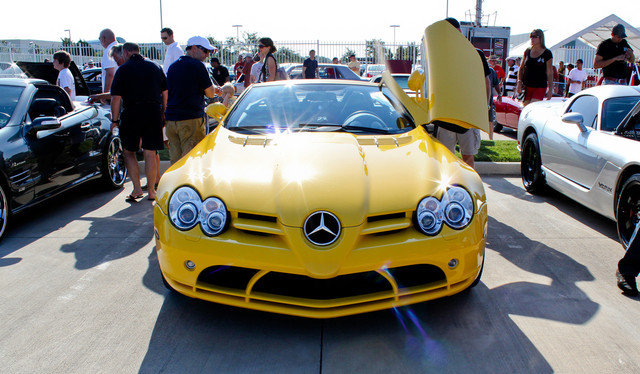 To push it, a 571 horsepower V8. Its value is 180,000 euros. Mercedes' most impressive SUVs could not be missing inside the champion's garage. Moreover, their spacious and comfortable conformation is ideal for the away trips to which the Swiss are often subjected.

They are worth a total of 250 thousand euros. The Mercedes CLS 450 4Matic Coupé is another supercar that Federer parked in the garage after winning the Mercedes Cup in Stuttgart in 2018. The Mercedes E-Class four-cylinder with over 600 hp: the summer seasons are ultra-luxury for Federer and his E-Class convertible.

The real exception of the Swiss tennis player's fleet is represented by the presence of the Range Rover Sport SVR, the mammoth SUV of the English company, a five-seater for the family but capable of delivering up to 567 hp.

Roger Federer will come back on the court for the Australian Open 2021, after the two knee surgeries of this season. 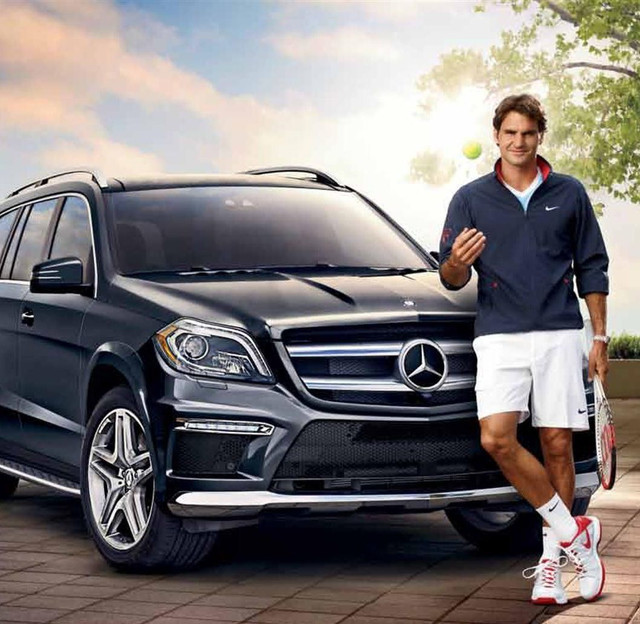 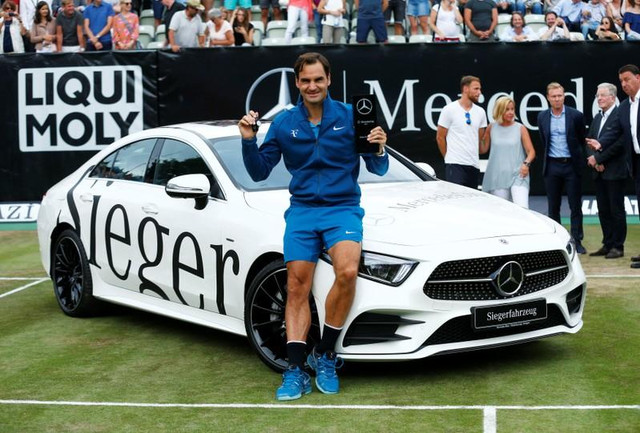