Serena Williams has won 73 WTA singles titles: 23 of these are Grand Slam events (absolute record in the Open Era, men included), which makes her the second player ever to have won more Majors in this specialty behind only Margaret Smith Court with 24.

She has accomplished the virtual Grand Slam, which consists in winning four consecutive Slams not in the same calendar year, twice (in the two years 2002-2003 and 2014-2015). It also boasts five year-end Master Cups and 19 Premier category tournaments (6 Premier Mandatory, 6 Premier 5 and 7 Premier), as well as 21 Tier I and Tier II titles and a gold medal won at the London Olympics in 2012 against Maria Sharapova.

To these successes must be added another three gold medals at the Olympics, all won together with Venus, a Federation Cup and two Hopman Cups.

With a prize pool of over $ 90 million, she is the highest earning player in the history of the sport.

With such a fortune, Serena can afford to buy pretty much anything she wants, such as apartments in Paris, luxury homes in the US and dream cars. The new car of the American star is sensational. This is the Lincoln Navigator SUV.

Serena has had a partnership with Lincoln, Ford's luxury automobile division. That's why the Lincoln Navigator is not missing in her garage. Her Lincoln Navigator is giant, with a 400-horsepower V6 EcoBoost engine and more, with the amazing ADAS needed for such a large car.

Fantastic. Over the course of a long career, Serena became world number one for the first time on July 8, 2002 and held this position for a grand total of 319 weeks, third in the all-time rankings (behind Steffi Graf with 377 and Martina Navrátilová with 331); however, she is in first place for consecutive weeks by her best in the ranking (186, like Graf). 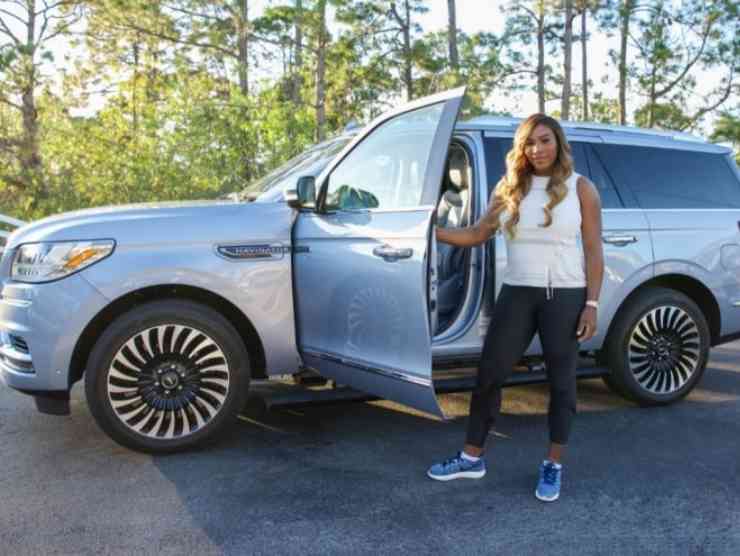