Tennis - Serena Williams has won a WTA Tour-leading five titles in 2014, but none of them has been at the majors. In fact, her performance at the majors has been pretty sub-standard by her own lofty standards, with Serena failing to make it to the quarter-finals of any of the three majors this year.

And if the soon to be 33-year-old fails to reach the quarter-finals of the US Open, which begins today in New York, her No. 1 ranking could be in jeopardy. For Serena to lose the top ranking, she will need to lose before the quarters and either world No.

2 Simona Halep or world No. 4 Petra Kvitova would need to win the title in New York. 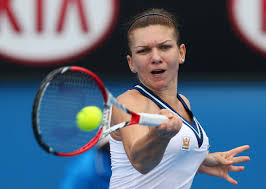 Halep reached the fourth round of the US Open last year while Kvitova lost in the third round. Meanwhile, the race for the season-ending world No. 1 ranking is also heating up with Russian Maria Sharapova putting herself in contention as well.

Sharapova is currently ranked No. 6 in the world and while she does not have a chance to be ranked No. 1 at the end of the US Open, she is currently leading the WTA Race to Singapore, which looks at the points earned by players only in this season.

Sharapova does not have any points to defend for the rest of the year as she did not play any matches after Cincinnati in 2013 due to her shoulder injuries. Halep scored a first round win in New York in three sets while Williams and Kvitova are on the schedule for Tuesday.