Taking advantage of her break from tennis due to a left knee injury, Serena Williams focuses on... the cinema world. The American player will make a cameo in the new, female led Ocean's 8 film. A few details have been known so far, but as you can see from the pic below, taken in Los Angeles on Monday night, she is a bona fide Lady in Red. 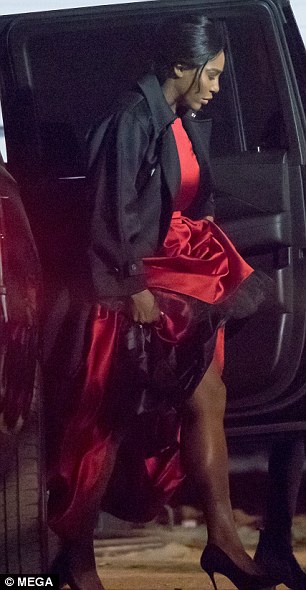 Ocean's 8 is set to release on June 8, 2018. It's not for sure the first time Serena has a cameo, as last year she featured in Beyoncé's "Sorry" video. ALSO READ: Serena Williams to skip Indian Wells and Miami events, Kerber goes back to No. 1

TODAY'S MOST POPULAR
Borna Coric: 'It was magical to beat world no. 1 Roger Federer on his beloved grass'
THIS WEEK MOST POPULAR
Tennis player's girlfriend found dead
Powered by: World(D) 1.6