American tennis player Serena Williams wore a brightly colored one-piece suit with long and short pants at the Australian Open. This is not the first time that Serena Williams' outfit has been discussed on social media.

Who does not remember a tight black jumpsuit at the French Open, which was certainly one of the reasons of interest of the tournament. A suit such as Catwoman. Fans split over the choice of Serena's latest outfit in Melbourne.

Here are the most significant comments, between Twitter and other social networks. "I love this dress. She's definitely getting back to her physical shape to the max." Or: "Serena Williams just wore a one-legged jumpsuit."

Also worth mentioning: "While everyone else is wearing the same Nike uniform, Serena has her," or even: "It's atrocious." Not forgetting: "She looks uncomfortable, especially in the Melbourne heat." 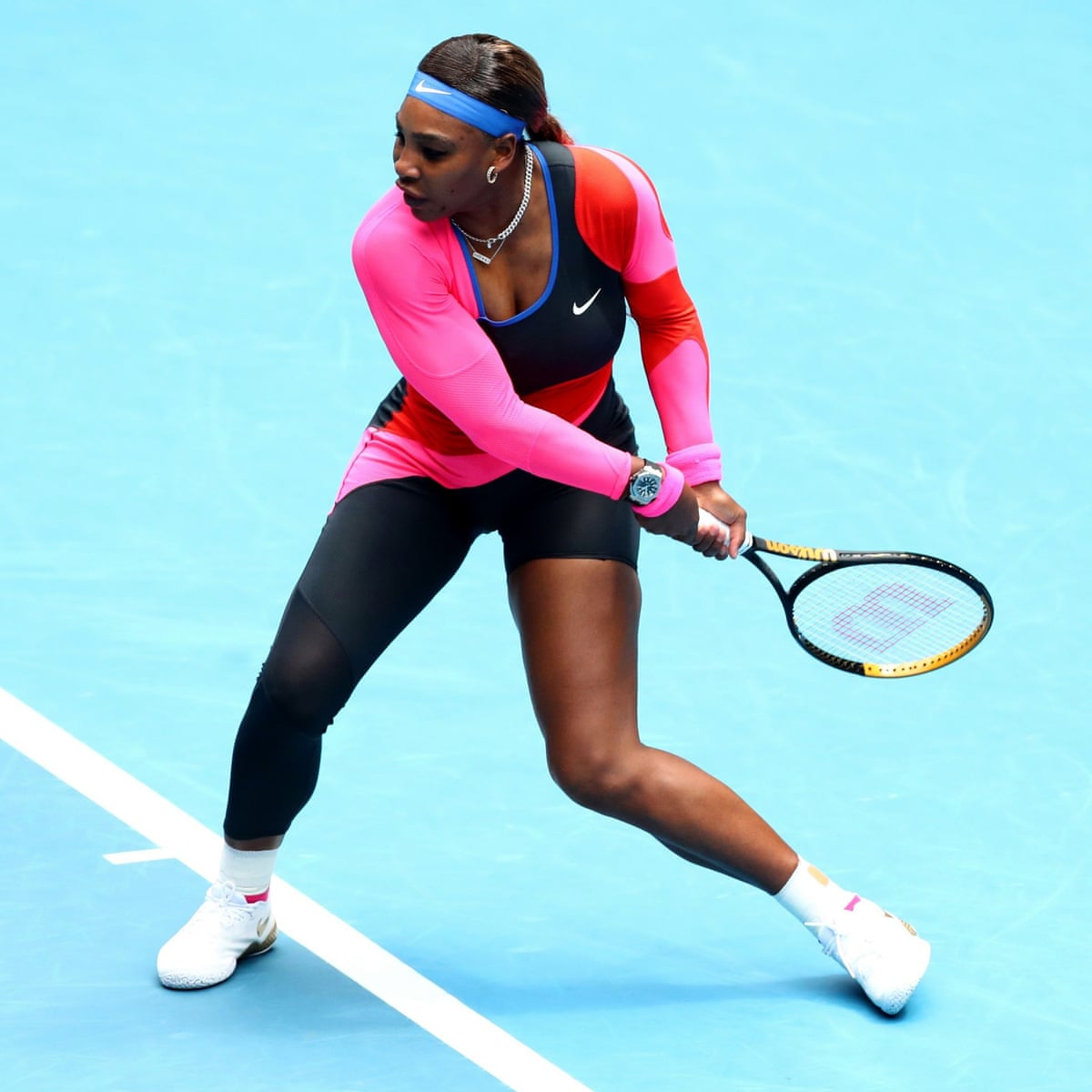 Serena in tears after the match lost against Osaka

Naomi Osaka wins once again against Serena Williams, beating the American this time in the semi-final of the Australian Open 2021. Serena renounces once again in advance the appointment with the twenty-fourth Grand Slam, now more and more distant.

The Japanese tennis player proves to be more prepared. Tactically, technically, but above all physically. Serena fails to capitalize on an initial 2-0 lead. An emotional Serena spent an extended time on court waving to the crowd on Rod Laver Arena and bowing three times while clutching her hands up to her chest di lei.

That gesture could mean she may have played in Australia for the last time.
During her press conference when she chose not to directly answer a question about her future di lei, she breaking down in tears when answering a follow-up question.

She walked out of the press room, ending her press conference after less than four minutes. She said: "The difference today was errors. I made so many errors. Honestly, there were opportunities where I could have been up 5-0 and I just made so many errors.

It was a big error day for me today. If I ever say farewell, I wouldn't tell anyone. I don't know. I'm done." On Twitter she wrote: "Melbourne and my Australian fans - Today was not ideal outcome or performance but it happens.

TODAY'S MOST POPULAR
GOLF
Tiger Woods will break ground in Tampa Bay
Alex Corretja: Strange Denis Shapovalov says that about Rafael Nadal
'Rafael Nadal was my idol, I practiced with him when I was 16,' says..
Daniil Medvedev reacts to crowd booing him for mentioning Novak Djokovic
Sania Mirza: Seeing Meshkatolzahra Safi's picture with Rafael Nadal fills your heart
Former ATP ace opens up on Rafael Nadal's behavior
Becker: "Rafael Nadal the most advantaged by Djokovic's exclusion"
THIS WEEK MOST POPULAR
RAFAEL NADAL
Rafael Nadal: 'I'm completely destroyed'
'Off court, Rafael Nadal is a person who has...', says former ATP ace
Australian Open day 7 recap: Nadal and Barty go, Djokovic will play Paris!
Rafael Nadal: 'We need to find a way that the pain is...'
Boris Becker: Denis Shapovalov was right, Rafael Nadal wasn't ready within 45 seconds
'I defeated Rafael Nadal, but I like one victory more,' former No. 1 recalls
'He still doesn't have the skills of Roger Federer, Nadal, Djokovic', says legend