Although she longs for the feeling of being in front of the crowds while confronting great names of the tennis world, Simona Halep is concerned about her fitness and lack of official matches, since these two factors will count hugely when tennis returns.

“My longest break before the lockdown has been of 3-4 weeks and [returning to competitions] was very difficult for me. You lose pace, you lose focus... and then physically, if you idle about for a whole week you've lost half a year.

I don't know what others have done during this time, maybe some did training runs, maybe they did strength workouts, I don't know, I can't assume,” said Halep as quoted by Agerpres. “But I feel it on my own skin that it will be a bit difficult for me.

It matters a lot that I haven't had official matches. You can train five hours a day for a whole year, if you are not on an official game, you're out when you step on court ... I mean, you're not in the game at all.

There's a big difference,” Halep continued. Regarding Halep’s concerns, it is safe to assume that most tennis players had a hard time training during the pandemic and we can be sure that none of her future opponents has played any official matches.

So, the Wimbledon champion shouldn’t worry too much about her lack of official matches. Sure, she can feel out of hand during the first balls, but the ones on the other side of the net will feel pretty much the same, won’t they?

After months of isolation, the Romanian first racket has finally crawled back on an actual court.

Halep took advantage of the loosening of restrictions in Romania and went to a park from Bucharest where she trained on a clay court. Interesting is that she chose again to be in the middle of nature, after she admitted a couple of days ago that she finally got the time to enjoy the other pleasures of life. 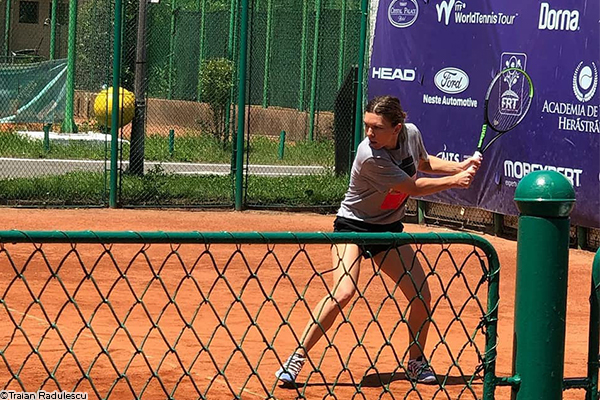 “I realized that I never stayed home to watch how spring sets in, to watch this beautiful harmony. For the first time, I watched nature unfold ... it's incredible”. In order to achieve world number one and bag multiple Grand Slam titles, Halep had been giving up at many things, indeed, and she admits it.

“Now I realize these years have been – not hard, but a time of constant rush. I was running full-throttle all the time and I was blocking everything out. I had just one goal, tennis and nothing else,” Simona Halep said.