Ten, fifty-two, seventy-two. When trying to describe Rafael Nadal’s dominance on clay, these are the three most important numbers. Firstly, ten is the number of times he has won both Monte Carlo and Barcelona. Nobody had managed to win ten titles at the same event before Nadal, and then he did it twice.

Yes, it is true that he had to beat almost no Top 10 players en route to his clay titles, but that hardly matters. Nadal can only beat the players who come across the other end of the net, and he has beaten them with savage efficiency so far this clay season.

Nadal has now won 91.69% of his matches played on clay. That’s an astonishing number, considering that Djokovic has won only 84.02% of his matches on hard court, and Federer 86.86% of his matches on grass. Both those players are almost unbeatable on their favorite surfaces, yet they have lost much more often on their preferred battlegrounds than Nadal on clay. 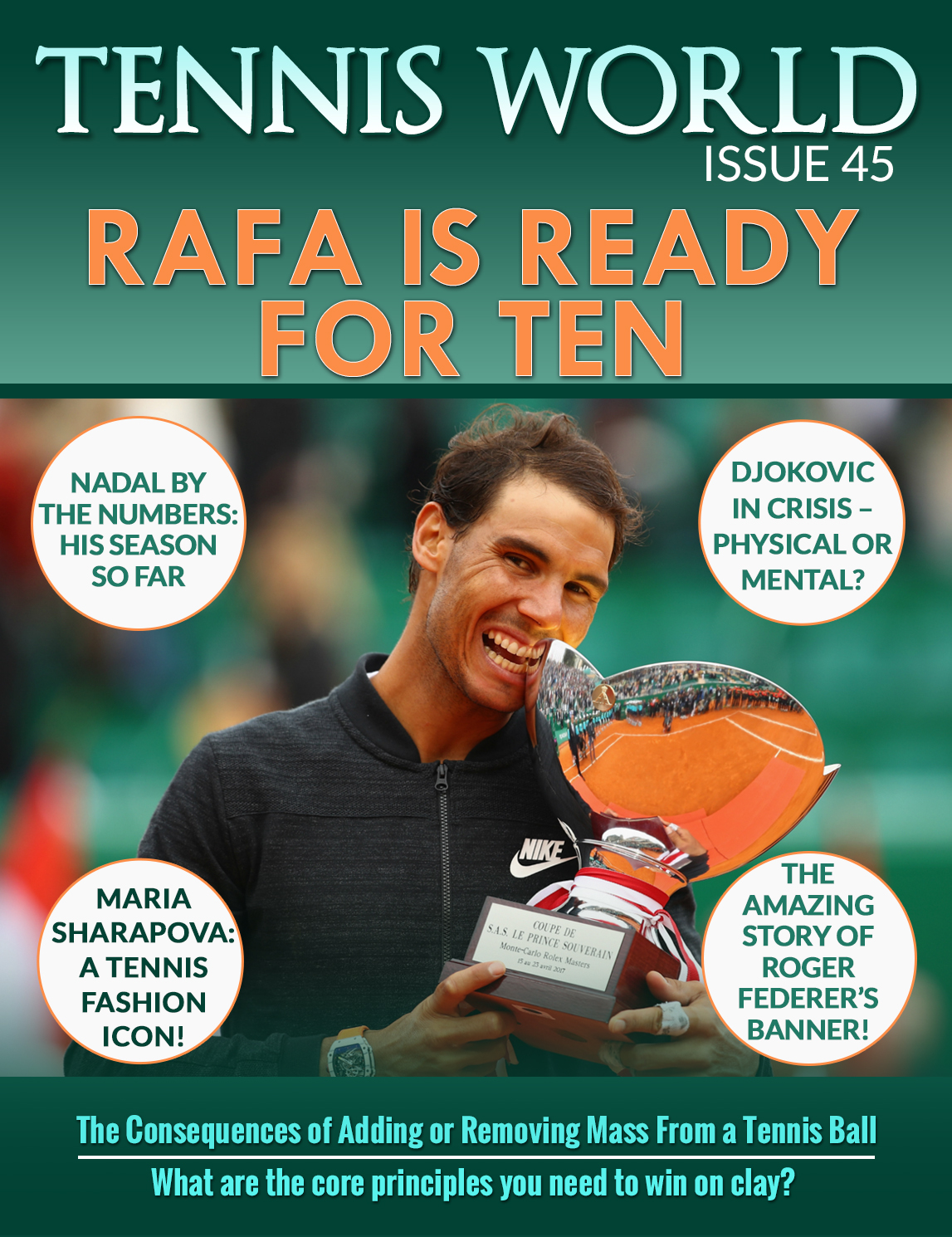 In this issue we speak about: - Rafa Is Ready For Ten
- Nadal By The Numbers: his season so far
- Djokovic In Crisis – Physical Or Mental?
- The amazing story of Roger Federer’s banner!
- Maria Sharapova: A tennis fashion icon!
- Ethics Vs Aesthetics: the Maria Sharapova problem
- Roger Federer and Stanislas Wawrinka: Best Friends Forever in Tennis?
- Lucas Pouille: The New Noah or Another Tsonga?
- Top Siblings in Tennis
- Unusual Tennis Diets and Technique: - The Consequences of Adding or Removing Mass From a Tennis Ball
- What are the core principles you need to win on clay?