"As an artist," wrote Nietzsche, "a man has no other home than Paris." There is little doubt that what Nadal managed on the clay courts of Roland Garros this year was nothing short of artistry. Indeed, the Spaniard proved himself to be Nietzche’s Ubermensch incarnate, winning his tenth title at the French Open, a feat completely without precedent. As impressive as the fact that he won the title was how he did it: dropping only one set and losing a mere 35 games, just three more than Bjorn Borg’s incredible run in 1978.

Nadal’s historic achievement is made all the more incredible by the fact that he appeared all but burned out as little as six months ago. But as he has proven so often in his career, once he hits rock bottom he can reach for the sky again very quickly. 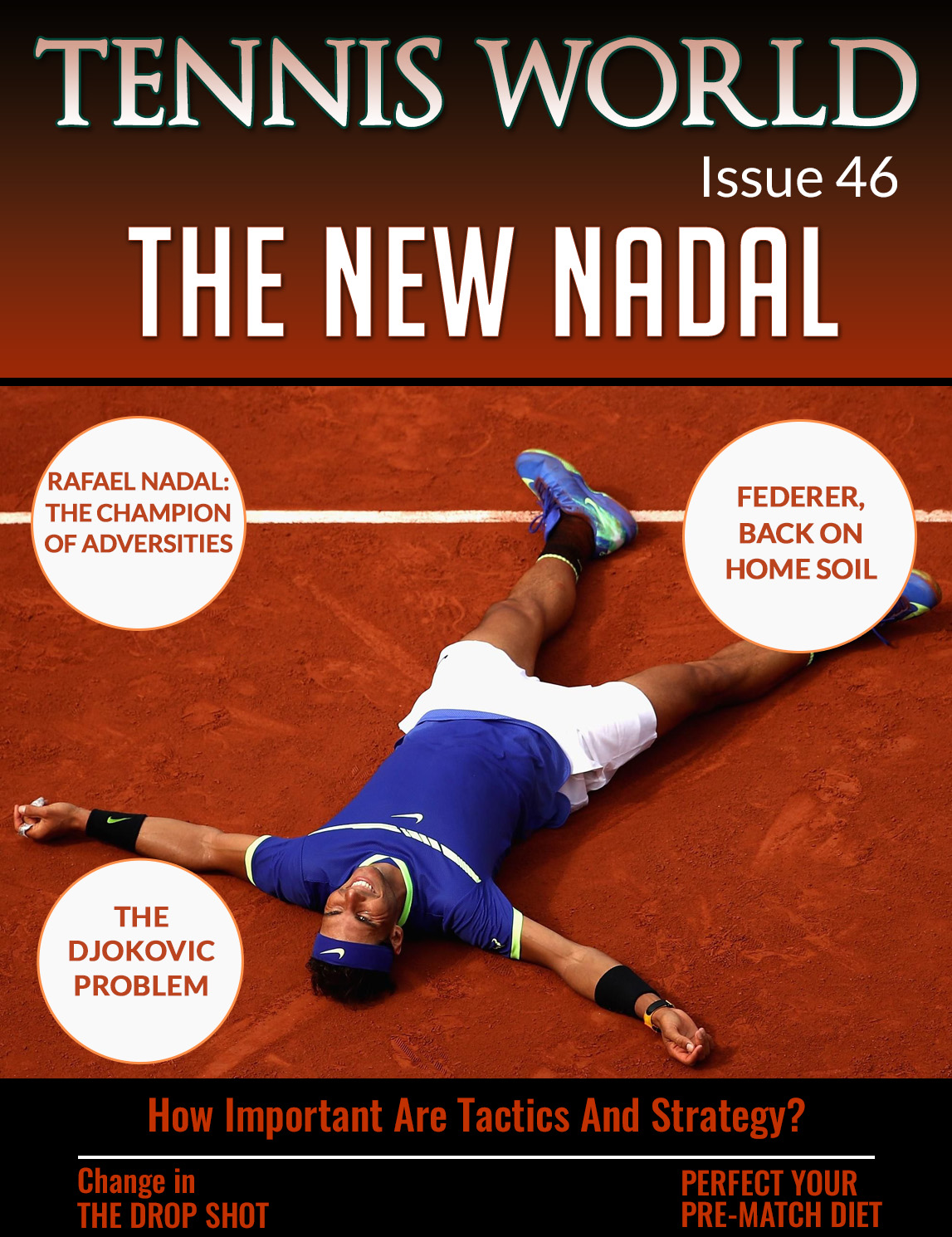 In this issue we speak about:
- The new Nadal
- Rafael Nadal: The Champion of Adversities
- Rafael Nadal and Toni Nadal: The Success Story
- Federer: Back On Home Soil
- Roger Federer: Beyond the Tennis Court
- Roger Federer: Reliving his maiden victories at each Grand Slam
- A Crocodile’s Tale
- An Unlikely Comeback: Lendl-McEnroe – Roland Garros, 1984
- The Djokovic Problem
- The Queen Of Paris
- Tennis and Movies

Technique:
- The drop shot
- How Important Are Tactics And Strategy?
- Perfect your pre-match diet