The matter of Roger Federer presents us with some problems. How do we interpret his success? This question is not as easy to answer as one would imagine. But let us start with the facts: the latest incarnation of the Swiss, version 3.0, is a formidable beast.

It is impossible to deny that Federer is today playing as well as he was a decade ago, when he was at the very height of his dominance. During the period 2004-2007, he won 11 of the 16 Slams on offer, winning three Major trophies in three of those years.

Of course, Federer is not the same player today that he was then, but that does not mean he is any less brilliant. In some ways, he is arguably even better. His backhand has improved tremendously, and he now possesses a fully matured all court game that he simply did not have in those years.

Then again, his dominance was such that he did not need it, and its development was a reaction to the fact that his old style was no longer working too well. But develop it he did, and the results have been spectacular. How does a man play as well at 36 as when he was 26? READ
TENNIS WORLD MAGAZINE
ISSUE 47 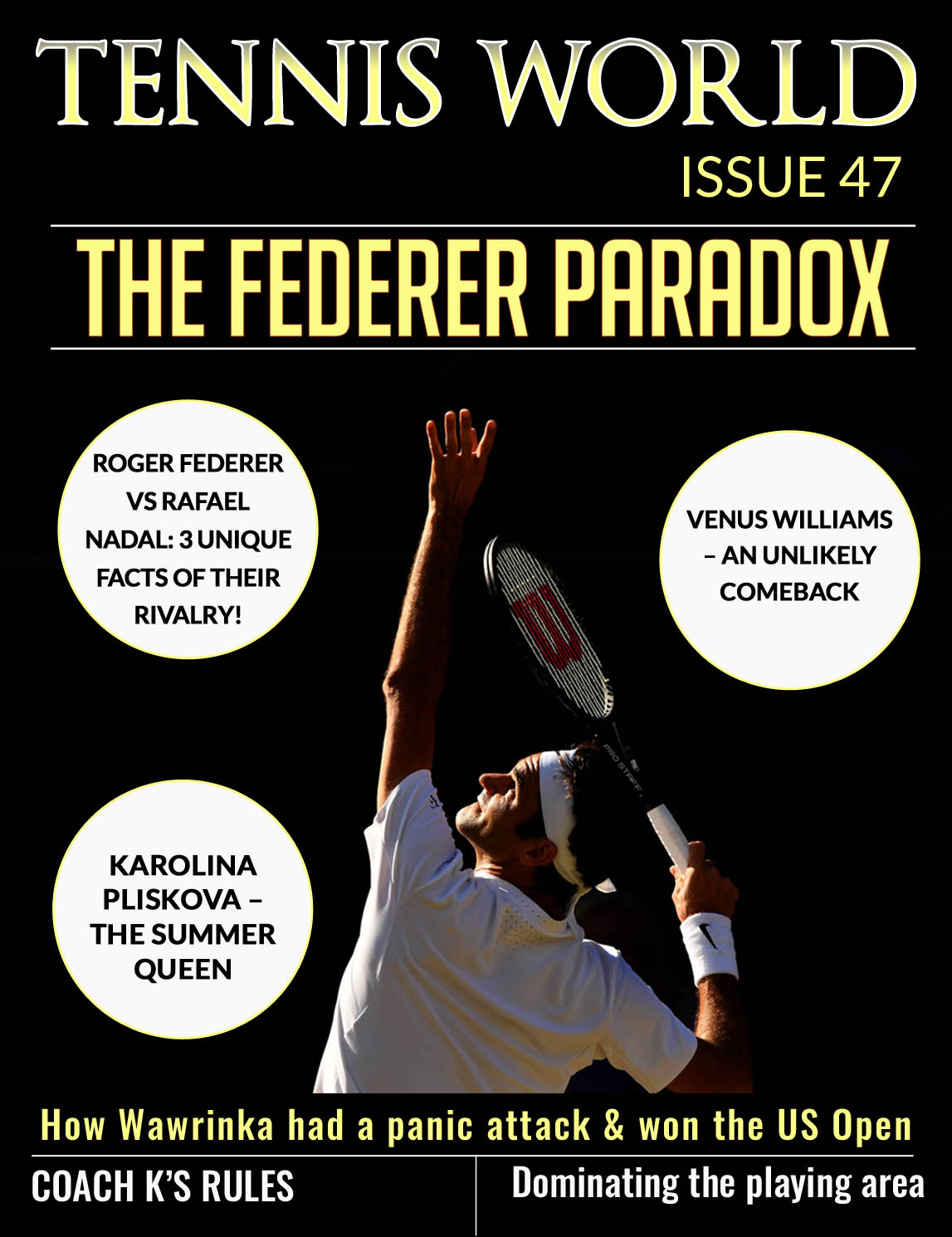