It’s been quite a year for Rafael Nadal. Now that he’s on the precipice of becoming the No. 1 ranked player again—the first time since June 2014—the Spaniard’s rise back to the top has been one inspiring story for 2017. How did he do it?

Knocked out of the French Open for only the second time, it looked like Rafa was a spent force by the end of the clay season of 2016. Defeated by Marcel Granollers in the third round at Roland Garros, during Djokovic’s reign of dominance, he withdrew from Wimbledon and pulled out of several events last year. Despite two early clay titles at Monte Carlo and Barcelona and an energetic Olympics run that resulted in a second gold medal (and almost Bronze) in doubles, Nadal lost before reaching the quarters at the US Open and by the time the Spaniard entered the Masters 1000 event at Shanghai China, the former world No. 1 looked like a shell of his younger self, going out in his first match in the China event, to Viktor Troiki. He ended the year sidelined with a wrist injury. 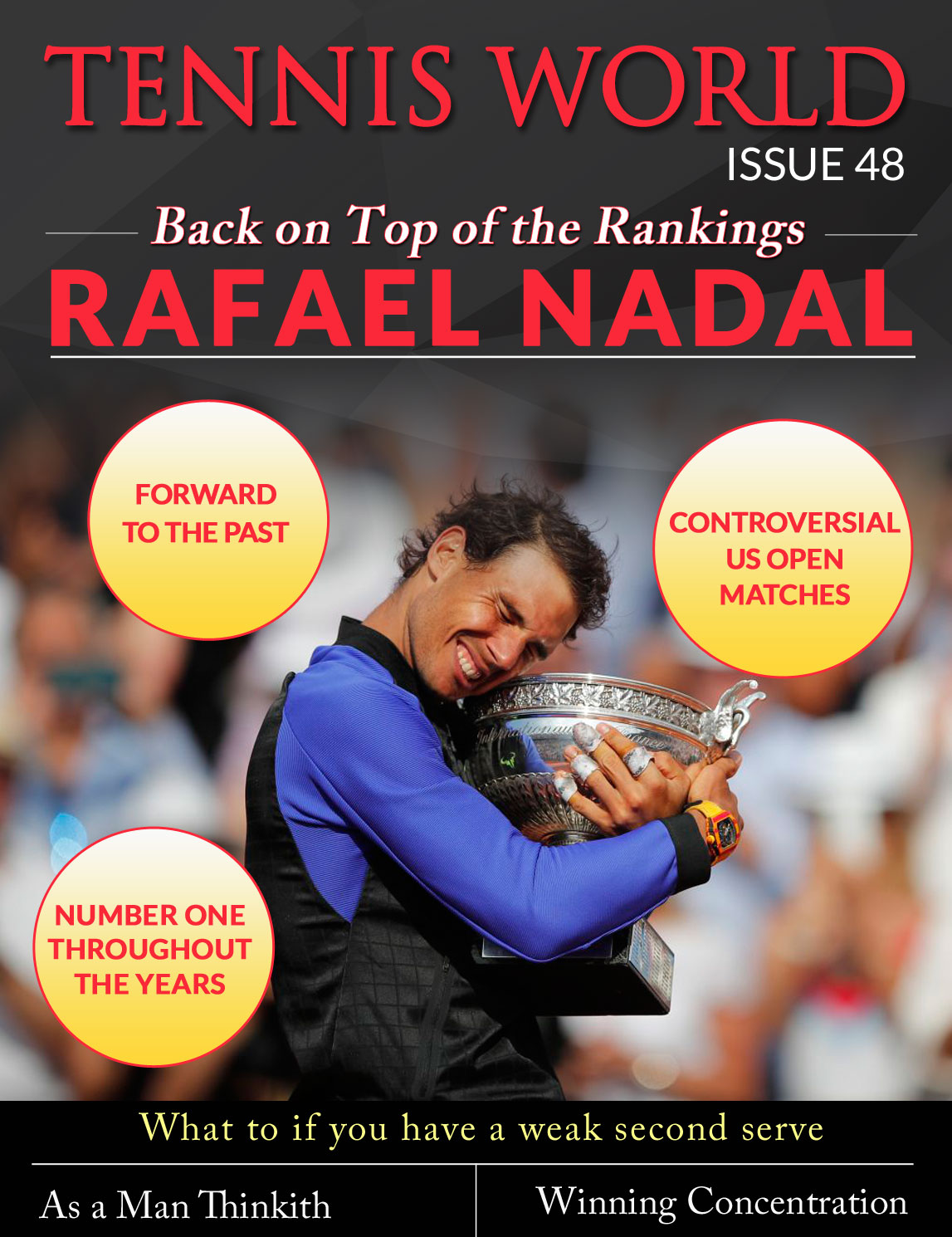 In this issue we speak about:
- Forward To The Past
- Back on Top of the Rankings: Rafael Nadal
- From Challenger To Champion: The Rise Of Pablo Carreno Busta
- Jared Donaldson’s Meteoric Rise
- WTA: The Race For Number One
- How Alexis Castorri helped Kevin Anderson reach the US Open final
- Sloan Stephens: The Future Of Rock And Roll
- Controversial US Open Matches
- Top Men behind Women in Tennis
- Number One Throughout The Years
- Players Disqualified Over the Years
- Simona Halep and her Family
- The future of men's tennis appears

Technique:
- What to if you have a weak second serve
- As a man Thinks
- Winning concentration