At the beginning of the 2017 season, it seemed utterly impossible to think that Rafael Nadal would ever be able to return to the world number one ranking. Ever more absurd would have been the notion that he could return to the top spot with a quarter of the season still to play. Nadal had a terrible year in 2015, and 2016 was mediocre at best for someone used to winning multiple Slams every year. But after a bright start at the Australian Open, where he reached the final, Nadal gained more and more confidence each week, which ultimately culminated in him winning the French Open as well as the US Open, among many other titles.

Now, with the ATP World Tour Finals just around the corner, Nadal is firmly in control as the world number one, and in pole position to end the year on top for the fourth time (his previous year-end number ones came in 2008, 2010 and 2013). With Federer not playing at all on the clay this year, he has almost certainly put himself out of contention for the year-end number one. So, with the title almost in the bag, let’s compare this year to Rafa’s other year-end number one seasons to see which was his best. 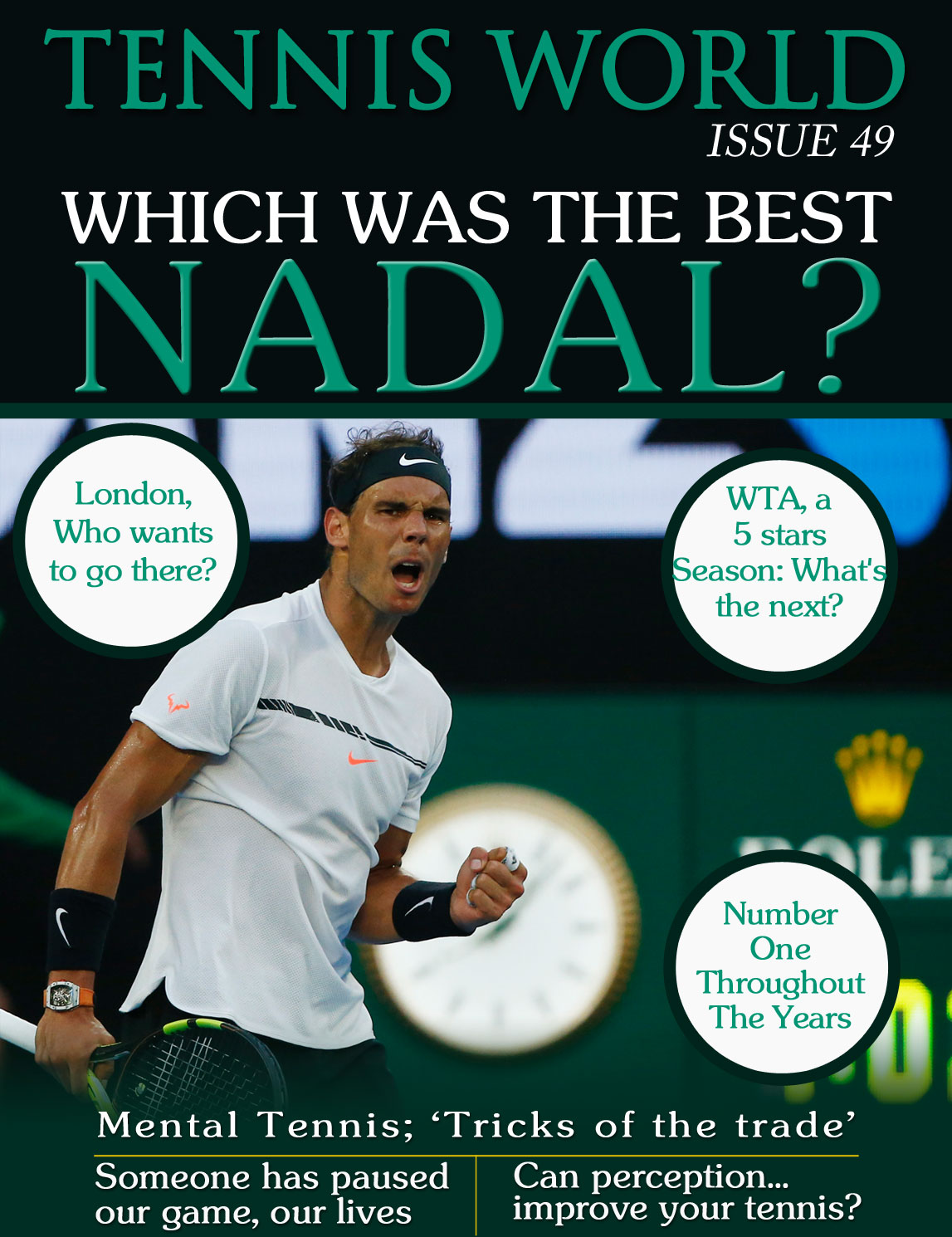 In this issue we speak about:
- Nadal’s Best Year?
- A New Look For London
- WTA, a star season: what is next?
- A Long Time Coming. Simona Halep’s epic journey to world number one
- Glamour Girls in Tennis
-  Tennis Players – Entrepreneurs: A perfect match!
-  Best Serve and Volley players in the last decade
- Unseeded Players to have won Grand Slams since 2000
- The Mosquito – Juan Carlos Ferrero

Technique:
- Mental Tennis ; ‘TTricks of the trade’’
- We are about to hit the ball and the time stops
- Can perception… improve your tennis?