Rafael Nadal is officially the year-end world number one for 2017. For the Spaniard, it represents the fourth time he has bagged this prestigious prize, after also ending as number one in 2008, 2010 and 2013. He therefore further improves on his own record, becoming the first player to ever finish as world number one in four non-consecutive years (the previous record, naturally, being three years). This is almost certainly a record that will never be surpassed. Losing the year-end number one title and then regaining it later is close to impossible, but doing so four times is utterly mind-boggling.

Yet, despite his magnificent year, which represented an incredible comeback from injury, many have argued that Nadal was not the “real” number one of 2017. Roger Federer, naturally, is the preferred candidate for these pundits. In both quantity and quality of tournament wins, the Swiss outshone the Spaniard for the season. In addition to winning more tournaments, he also beat Nadal all four times they met this year. Nadal, however, played in more tournaments than Federer, meaning that his point total for the season is higher, giving him the year-end number one. 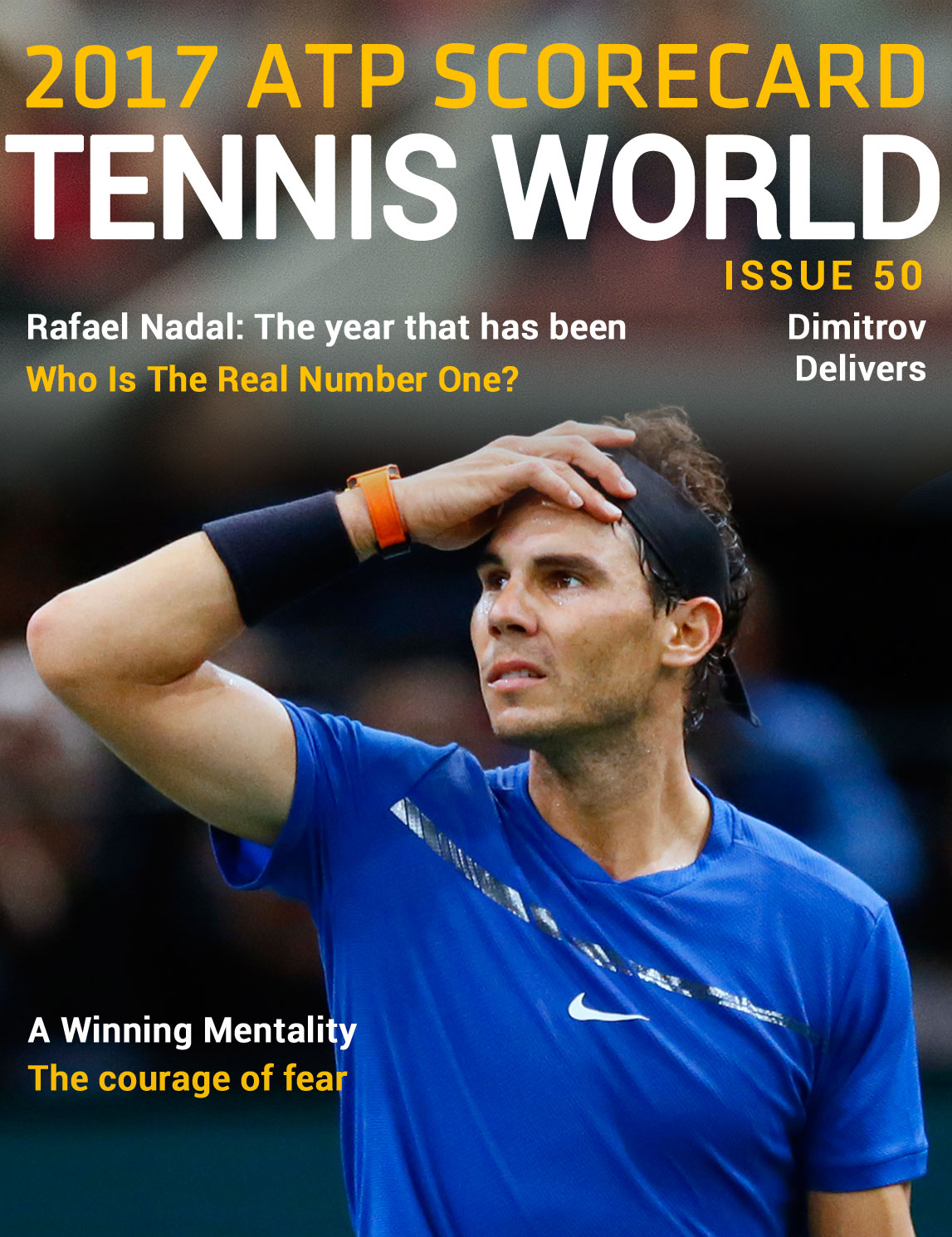 In this issue we speak about:
- 2017 Scorecard
- Rafael Nadal: The year that has been
- Beyond Toni Nadal: Peering into the Future
- Who Is The Real Number One?
- The Magic of Roger Federer’s and Rafael Nadal’s Rivalry in Tennis’ Golden Age
-  Dimitrov Delivers
- The ATP World Tour Finals
- Novak Djokovic: The Ultimate Funny Man of Tennis
- David Ferrer: The Humble Hustler
- Finally, France!
- Martina Hingis: the Mozart of her time
- Agnieszka Radwanska: Sticking to her guns – the old fashioned way!
- The Coming Year
- Best Tennis Stadiums in the World
- The Next Gen ATP Finals. A new tournament with new rules

Technique:
- The courage of Fear
- A Winning mentality
- Your Role At The Net When Your Partner Is Serving In Doubles
- Adopt a tactic based on your style