There were few illusions as to who the favorite was going into the Australian Open. But to call Roger Federer the favorite felt very strange, given that he is nearly 37 years old, an unheard-of age for a top tennis player.

But while his younger colleagues all fell by the wayside with injuries and fitness issues, it was the positively geriatric Swiss who seemed like a spring chicken on the searing hot courts in Melbourne. Perhaps even more impressive than the fact that he won his 20th Grand Slam was the manner in which he won it.

Up until the final, he had not dropped a single set. Indeed, he had barely even been challenged in most sets until the last round. When the draw was announced, few predicted such a smooth path to the title for Federer. He had arguably the toughest road to the trophy of all the top competitors, and his quarter-final matchup against Tomas Berdych in particular seemed almost unfairly harsh compared to the other matches played in that round.

But the draw turned out much better than was initially predicted, with most potentially tricky opponents losing early. Berdych was the only real hurdle on the road to the final, and Federer cleared it relatively easily, even though the first set was a little tricky at times. 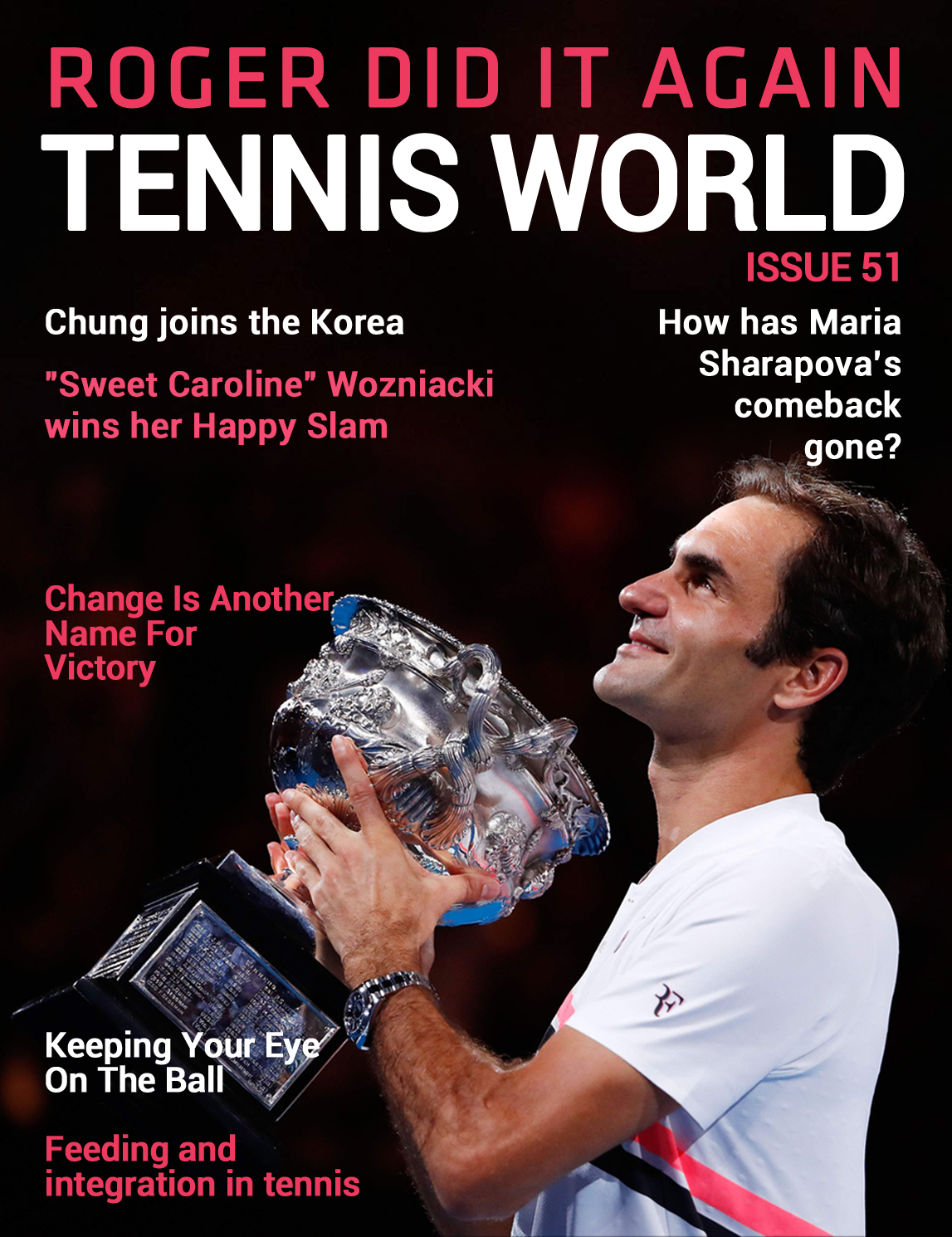 For the organizers, Federer’s solid play was a blessing, seeing as almost all the other top players met an inglorious end pretty early on in the tournament. Nadal lost to Cilic (though he was largely defeated more by his own body than by the Croat), Djokovic bowed out to the inspired Chung and Dimitrov lost his way against Edmund.

Murray didn’t even play due to a lack of match fitness. But while officials were certainly hoping for a Federer win, a clean sweep is never nice. So, the close final was indeed a blessing for anyone looking for an interesting spectacle.

Despite a slow start, Cilic fought back ferociously several times, especially in the fourth set where he had to come back from a break down to eventually force a deciding set. For a dangerous moment, Cilic looked like the player who demolished everyone in his path at the 2014 US Open, reeling off five straight games in the fourth and taking all the momentum in the world into the decider.

But after leaving the court to compose himself, Federer righted the ship in the fifth and closed out the encounter with comparative ease. The momentous occasion of Federer’s achievement overshadowed much of the rest of the tournament, but it’s worth noting some of the other players’ accomplishments.

Cilic, of course, reached his third Grand Slam final, a huge accomplishment that not many men have managed in the Fab Four era. Chung Hyeon, of course, was a sensation, beating Zverev and Djokovic en route to the semi-finals, where the physical toll of his fairytale run finally caught up with him.

Kyle Edmund had a similarly unexpected string of impressive victories, with a win over Grigor Dimitrov being one of the best performances of the whole tournament. Finally, Tennys Sandgren enjoyed perhaps the most unexpected run of all, reaching the quarter-finals out of absolutely nowhere.

Of course, while there were many pleasant surprises at this year’s Australian Open, there were an equal number of disappointments. Sascha Zverev was one of the most obvious, as much was expected of him going into Melbourne.

Instead of contending for his first Grand Slam title, he was unceremoniously dumped out of the tournament by the energetic Chung in the third round. The 6-0 fifth was particularly difficult to watch for fans who thought that 2018 would be the German’s year.

A similar fate befell Dimitrov, who was pegged as a dark horse to win the Australian Open and had a favorable draw. A heavy favorite in his match against Edmund, he could not find the required extra gear to power him past the unheralded Brit.

Local hope Nick Kyrgios will also look back at the event as a lost opportunity. He had his chances against Dimitrov and, had he won, he would have had a clear path to at least the semi-finals. But, unfortunately for long-suffering Australian fans, it was not to be.

The 2018 Australian Open could ultimately not live up to the very high standard set by the 2017 edition. To be fair, however, almost nothing could. The final was again a five-set contest, but Cilic is no Nadal, and the quality of the match was nowhere near as good.

That being said, it was still a memorable tournament for many reasons, chief among them Federer’s 20th Slam win. For him to achieve such a feat at the 200th Grand Slam of the Open Era was very special, and will not soon be forgotten by those who witnessed it.