World Number 1 Serena Williams has been caught in an intimate situation with Canadian rapper Drake. The 21-time Grand Slam champion was photographed in a private booth with Drake at the Sotto Italian restaurant in Cincinnati following her triumph over Simona Halep.

Williams beat Halep 6-3,7-6(5), to defend her title at the Western & Southern Open. Drake (full name Aubrey Drake Graham) has been pictured attending Williams matches throughout the year at Wimbledon and more recently the Rogers Cup.

Drake at the 2015 Wimbledon Championships Williams recently talked about Drake during a press conference in Montreal. She did not comment regarding any potential relationship with the rapper, instead she talked about his tennis abilities in which she described him as ‘a really good player’.

"We actually hit several times. He's a really good player. He said he played tennis when he was younger. I thought, really, of all sports. So he's always kind of been into tennis.
Yeah, he's really good".

She said.
"He says he can take me lefty, which (rolls eyes) gets me charged up. (laughs)". Rumours of the relationship between the two has been reported on numerous occasions since 2012. During this years Wimbledon championships, British tabloid, The Sun, reported that the two ’kissed’ following her quarter-final match against Victoria Azarenka. According to The Sun, the world No.1 spends her free time with Drake and members of her team has been opening up about the relationship with people they trust.

There is yet to be any reply from Williams as she prepared for next week’s US Open where she is bidding to win the title for the fourth consecutive time. The candid photo can be seen below (via TMZ). 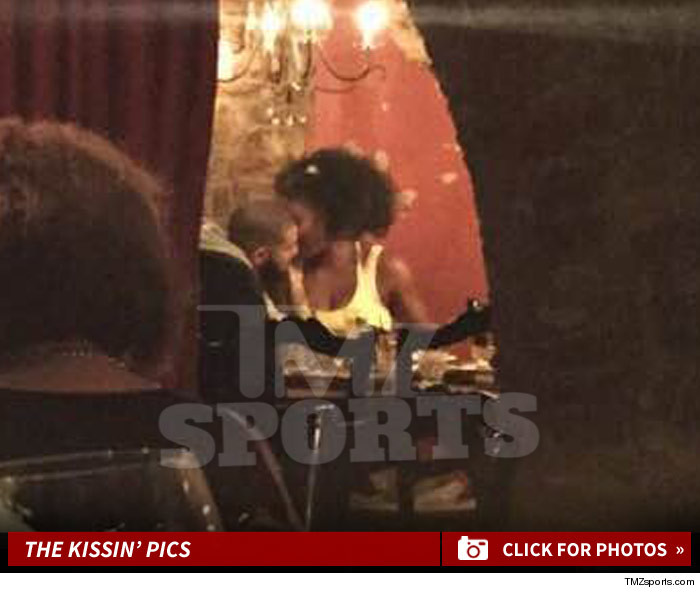 TODAY'S MOST POPULAR
RAFAEL NADAL
'I had no chance of beating Rafael Nadal', says Top 5
In Roger Federer's words: 'I don't care what Pat Cash says, I don't know him'
'Many doctors told Rafael Nadal he will not have a tennis career', says French doctor
Wolfgang Thiem: Dominic Thiem shows a lot of freedom and confidence on the court
Roger Federer: 'I always love meeting other athletes'
'The rivalry between Roger Federer, Nadal, Djokovic is legendary', says RG finalist
Robin Soderling: 'I played freely against Rafael Nadal, and the feeling was amazing'
THIS WEEK MOST POPULAR
SERENA WILLIAMS
Serena Williams’ AO nightmare Qiang Wang withdraws from US Open
Rafael Nadal on his new yacht: It helps me restore positive energy
Roger Federer: 'I have never seen my parents and friends'
Roger Federer: 'It isn‘t the same anymore as 4, 8 or 10 years ago'
'To beat Rafael Nadal, you have to be...', says famous coach
Why Roger Federer could come back before the Australian Open
'Rafael Nadal will surely expect the best player to win', says his uncle